Last month, a report from Save The Children stated that more than 85 000 children died from extreme hunger in Yemen. And sadly, Yemen isn't the only country where civilians are dying from hunger during armed conflits. Action Against Hunger warns that in countries such as Yemen, Syria, Nigeria, Democratic Republic of Congo, Central African Republic or South Sudan, hunger is deliberately used as a weapon of war proving to be as effective as bombs and bullets.

That's why the non profit is launching a new public awareness campaign to inspire world leaders to take action against this severe issue. Because hunger as been turned into a weapon, they've turned weapons of war into cutlery against hunger. They collected bullets seized during armed conflits, melted them and then turned them into knives and forks 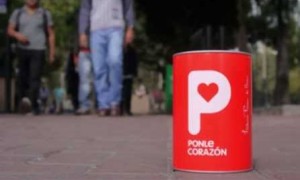 The Peruvian Cancer Foundation has been having problems to raise money for children with cancer. So they went to look for money in the place where you would least expect it, in a prison. And it was a huge success. Inspiring outsiders to give money as well 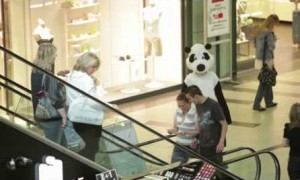 WWF created the ‘greenest’ leaflet ever made, with only one copy of the leaflet they’ve reached 285,142 people. Check out the video below to see how they managed to do this.