Marc Herremans is Belgian triathlete who became 6th at the Ironman in 2001, the toughest triathlon competition in the world. With great potential he aimed the next year for 1st place but his dreams fell apart in 2002 when during bike training he fell and broke his back.
Like many people, you would expect him to give up his dreams, but in 2006 he was the first man that finished the Ironman in a wheelchair. Now he performs in a commercial of the whiskey brand with the inspiring tagline; “When your reality changes, your dreams don’t have to”. 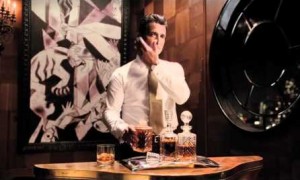 This ‘important’ man looks like a derivative from the Old Spice guy. An arrogant but charming guy, explaining why people drink Whiskey, and most important, why people should drink Johnnie Walker. 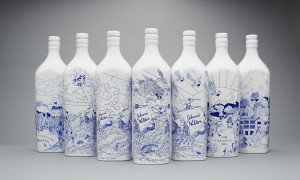 The Johnnie Walker 1910 Commemorative Special Edition Bottle were produced to mark the launch of the Johnnie Walker House in Shanghai. The design, developed by creative agency LOVE and designed by Chris Martin, tells the story of Johnnie Walker’s epic jou