Since 1959, Dos en Uno has been Chile’s most popular bubblegum. It has promised various generations of children great tasting bigger bubbles. In 2009, the brand needed to communicate it’s 50th anniversary. For 50 years Dos en Uno has allowed kids to make bigger bubbles. A 50 foot balloon, appearing to be a giant bubblegum, was created to celebrate the brand’s 50th anniversary. The Dos en Uno balloon flew over various cities with a giant sized kid attached to it, giving onlookers the impression the child was blowing a bubble. 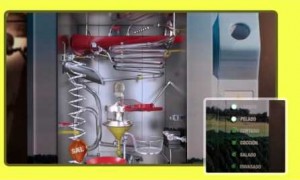 Lay’s created this amazing machine and placed it in a supermarket. It’s like a vending machine but you don’t need to pay with money, in this case you have to pay with a potato. When paid you can see in a video how Lay’s potato chip 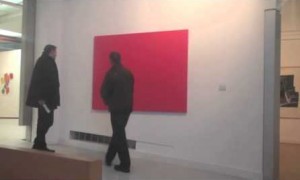 Kit Kat: Have a Breakism

Rijksmuseum Twente in the Netherlands is running the Abstract USA exhibition from September 2010 through February 2011. KitKat has added one more work of art to the collection. A painting that has no meaning whatsoever. To give people a break from all the