“Every years hundred of babies are abandoned in Israel. You can help!”
This is again a brilliant campaign from BBR Saatchi & Saatchi in Tel Aviv. It’s for Hibuk Rishon’s (First Hug), a non-profit organization fighting against the abandoning of babies. Many people are not familiar with this issue, let alone with the association.
To raise awareness of this uncommon problem and to enlarge the number of volunteers, they’ve put images of babies on peoples’ doormats. As people were leaving their houses they saw a baby laying in front of their doorstep. The campaign had a lot of positive reactions and the number of volunteers rose. 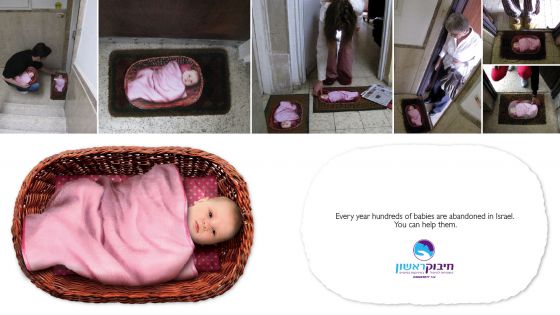 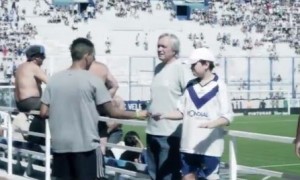 An average of 3 kids disappear in Argentina every day. Unfortunately, people don’t really get involved with the problem. Thanks to a quite particular flyer, thousands of people opened their eyes. 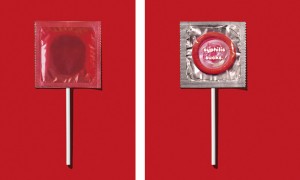 Using protection during sex is a generally accepted concept, but STD’s (especially syphilis) are also transmitted during oral sex. With this awareness campaign they are communicating this fact. They’ve pasted a lollypop to a postcard, but it a