Sagres: Get on the Field9

Sagres is the main sponsor of the Portugese Liga, the First Division football league. To reinforce Sagres as a beer brand and to increase the attendance at matchdays, they made the wildest dream of a football supporter coming true.. They built up a whole system where they’d give thousands of people the chance to play their own match in the stadium of the first division teams. Check out the video to see how Sagres became the nr1 brand in beer in Portugal by this campaign.. 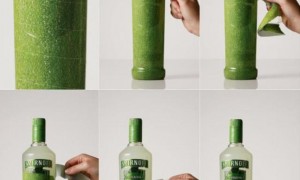