On our blog we have never posted a commercial for a cigarette brand. Well actually we did, but it were commercials of the fifties. As many of you know there is a law in many countries that forbids it to promote cigarettes. One of the sectors that has suffered the most out of this law was the Formula 1 Sport. But, imagine: you are a cigarette brand, and you agreed to spend $1 billion sponsoring Formula One racing, what do you do? Be creative!

Ferrari released a couple of days ago the new F1-”Scuderia Marlboro” racecar. On the spot where the logo of Marlboro usually flaunted, a barcode was set. But not just a meaningless barcode, a barcode that ressembled a lot the logo of Marlboro, particularly when it passes by at 200 mph.. This concept is called Subliminal Marketing; a message delivered beneath the human conscious threshold of perception.

Eventually the European Public Health Commissioner was not amused, and told Marlboro that its barcode should be removed. Marlboro protested but had not other choice than removing it.
But hey, they probably earned enough on free advertising space anywhere, so the $1 billion sponsoring isn’t all a waste of money… 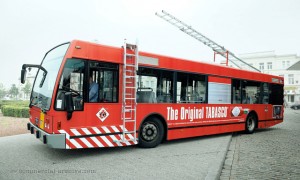 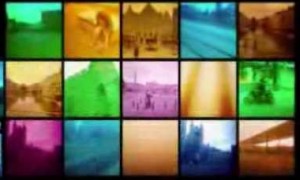 Ray-Ban Belgium and DDB Brussels have launched a new campaign that makes creative use of public transportation to communicate Ray-Ban’s wide range of polarized color lenses: from sky blue to hot pink.