In order to generate excitement and attention for the new Mercedes-Benz A-Class before the market launch, Mercedes turned secret prototypes into advertising media. Instead of the usual camouflage pattern, the cars were fully plastered with QR-Codes and sent onto the streets. The pictures of the new appearance were spread by paparazzi and car fans throughout all channels.

Embeded in the QR-Code is an exciting App, which provoked the hunting instinct of all car fans. – On the streets, in the press and on the web. The prize: An exclusive trip to the world premiere of the new A-Class. 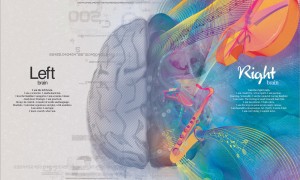 The following three print advertisements were made for Mercedes. The left and the right side of the brain are used to describe what the car manufacturer stands for. 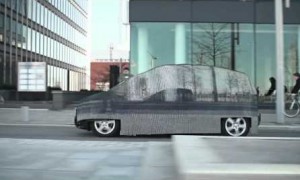 When Mercedes wanted to promote its new fuel cell vehicle, instead of placing it squarely in front of everyone in the world, the company decided to make the car invisible.