MTV’s new concept is called ‘The music never stops’. To convey this message they created some unique T-shirts. By selecting iconic shirts from artists from different generations and cutting them in half they could create completely new shirts. On one side, an artist of the current generation. On the other, an artist who influenced him. VJs and musicians wore them on MTV. It was made clear to the public that just like music, MTV never stops. 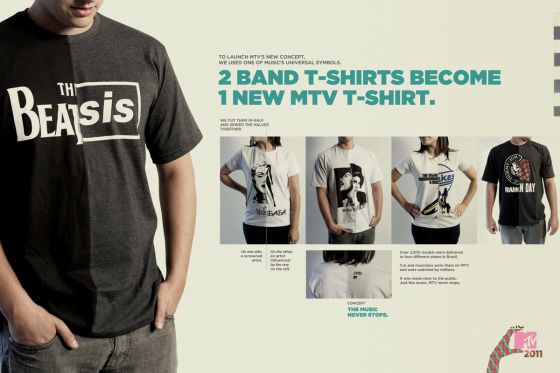 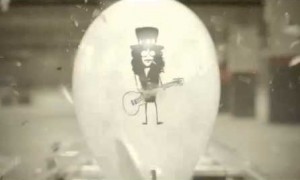 This is an impressive stop motion video for MTV Brazil. Unlike many other stop-motion ideas, these are not drawings on papers nor pictures, but drawings on balloons. The balloons were set onto a 200 meter long rail and to achieve a moving picture effect,