Nike unveiled a giant 3D rock billboard at Cromwell Road, London. Wayne Rooney, Rio Ferdinand, Theo Walcott and James Milner take the place of the traditional four presidents of the United States of America, known as the famous landmark of Mount Rushmore. And the four giant faces, each weighing 250 kilos (550 lbs) and are part of Nike’s “Write the Future campaign”. 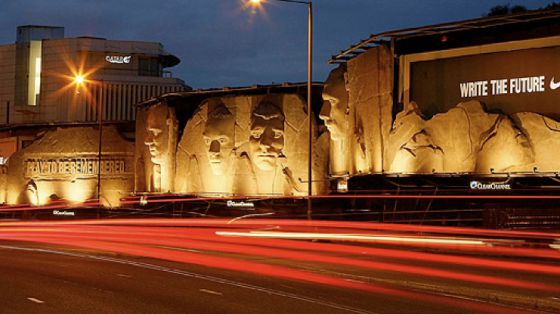 This weekend Cannes Lions, the biggest advertising award shows starts. Many are already placing bets on what campaigns will score high. The “Find your Greatness” commercial from Nike is expected to take a gold Lion..