The Argentinian beer brand Norte gets into the media again with their new advertising campaign. Social media can be very dangerous to people’s private life. An innocent picture can be pulled completely out of proportion and really damage someone’s reputation. That’s why they’ve created the world’s first fotoblocker machine, which is a beer cooler at the same time! This campaign is not as good as their previous award winning campaign the best excuse ever but the idea itself is still pretty awesome. 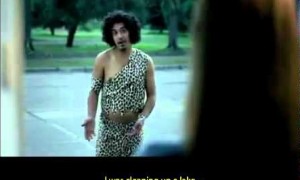 Norte: The Best Excuse Ever

Cerveza Norte, the Argentina beer brand has won a Gold at the Clio Awards for Integrated advertising campaign, “La Mejor Excusa Del Mundo” (The Best Excuse In the World). Men from the North of Argentina needed a good excuse to go to the bar to drink beer

Norte : The Best Excuse Ever
28