Last year at the Grand Slam tennis competition of Roland Garros, all Belgian tennis players were out in the first round. Luckily for them there was one Belgian fan that caught enough media attention to make up for the losses.

The man was willing to shave his hair and beard in the shape of a tennis ball. He was given tickets to all important tennis matches at Roland Garros in France. A t-shirt with the name of the DARE website was given to him, which he was wearing at all times. Later on, Bert Callens (from Creative Criminals) followed him and with two, they attracted hundreds of peoples wanting to take pictures with them. DARE is a website from Wilkinson that encourages people to shave their hair and beard in extreme ways.

All major Belgian newspapers reported about this stunt. International television stations such as Eurosport and ESPN covered the story. The free publicity that Wilkinson got for this campaign was enormous. 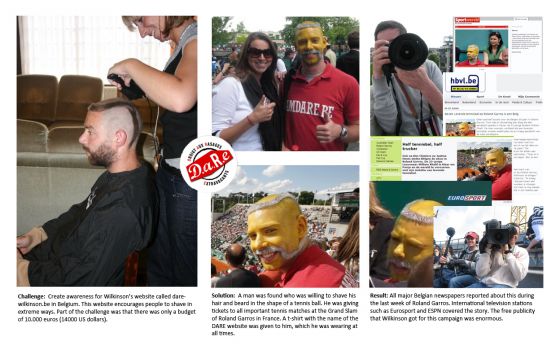 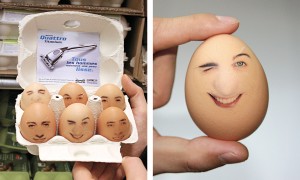 To promote the new Wilkinson Quattro, Wilkinson made this ambient with eggs. It’s an older campaign (2007). They were associating the smooth aspect of eggshells with a clean shave. The masculine faces on the eggs were printed on transparent stickers 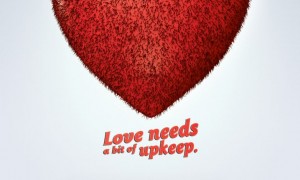 Here’s a great top topical from Wilkinson for the occasion of Valentine’s day. ‘ Love needs a bit of upkeep ‘ showing a heart, with a beard..