The Belgian advertising agency Happiness Brussels is hiring a new graphic designer. For a good graphic designer it is important that he/she has good taste. To find this they were looking for the most tasteless thing ever made for a computer. And we are sure that everyone who is a little into graphic design will agree on this one: the font ‘Comic Sans’! It’s one of the most ugly, yet still most used fonts on the history of computers.
So to find a graphic designer that doesn’t want to indulge in these known clichés, Happiness Brussels has created the ‘Comic Sans Destroyer’, a downloadable application that will erase Comic Sans once and for all from your computer. Only after using this application and so removing all forms of Comic Sans, people can apply for the job as graphic designer. 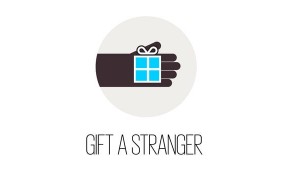 Gift a Stranger, is an interactive Christmas site built by Happiness Brussels. The site’s purpose is to share Christmas, wherever they may be, by sharing gifts with strangers. The website Gift a Stranger , used Google’s Reverse Geocoding functional 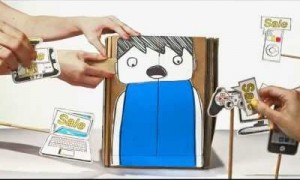 Saatchi & Saatchi: So what is integrated advertising

Saatchi & Saatchi Tel Aviv made this cool video to illustrate what integrated advertising really is. It tells us the old approach of advertisers, and how it can be done differently. We do wonder if they didn’t put too much effort in it?

Saatchi & Saatchi : So what is integrated advertising
47