Great guerilla ad from Teletext Holidays, a British touring operator. There are some rumours that Wayne Rooney, attacker of the football club Manchester United desperately wants to leave the club. The touring operator made some boards that could be seen during England’s friendly match against Brazil, where they put “Desperate to get away like Wayne? Escape with teletextholidays.co.uk”. Detail, the striker never saw the banners, as they can only be viewed when the overhead camera films it. A technology has been used before in football coverage.. 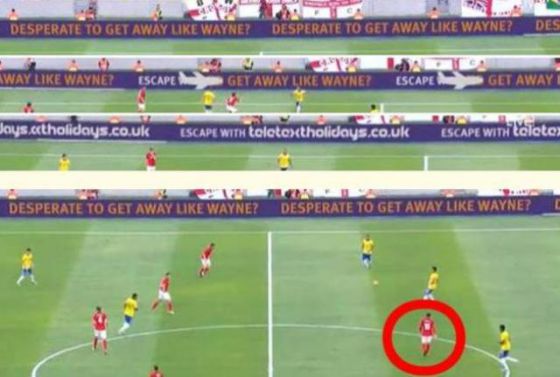 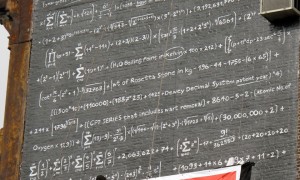 A 46 foot long chalkboard and two live painters are part of this huge billboard. The painters began to reveal an elaborate equation, there was only a banner that teased, “Solutionism. The new optimism.” Throughout the execution people were invited to part