It's that time of the year again: The Superbowl. Besides being one of the most viewed sports event - this year it’s likely to surpass the record 114.4 million Americans alone - it is also considered to be one of the best advertising-moments throughout the year. With commercials costing over $5 million for a 30-second airtime, brands are doing every they can to air the best ad.

Here are the 10 best commercials you have to see this year.

Created by advertising agency Goodby Silverstein & Partners, The Gambler, the new Adobe commercial is unveiled right in time for Super Bowl commercials frenzy. The ad promotes Adobe Marketing Cloud solutions and it is part of “Do you know what your marketing is doing?” Adobe campaign.

What is life if not to die a glorious death?" A ship full of rowing Vikings welcomes its awaiting fate. The fierceness of the crew is a metaphor for Death Wish's strong coffee in the small business' Super Bowl 50 commercial. Death Wish Coffee Company is the winner of the Intuit QuickBooks' Small-Business Big Game Competition.

Audi unleashed its 2016 Super Bowl ad, and the soundtrakc in it is "Starman", a song written by David Bowie in 1972. The story is about a retired astronaut thinking about the things he achieved. He's kind of depressed, since he's old and can't go to space anymore. Until his son provides him a solution.

Continuing its “You’re not you when you’re hungry” campaign, a Snickers representative said its Super Bowl 50 teaser ad is just a small glimpse of what audiences can expect from the brand on Super Bowl Sunday. “Since we’re kicking off the ’50’ celebration of one of the world’s most iconic events, it seemed only fitting to cast Marilyn Monroe,” says Snickers.

Hyundai’s Super Bowl campaign will include four spots, two 60-second ads and two 30-second ads. The brand has enlisted Hollywood celebrities Kevin Hart and Ryan Reynolds to appear in two of its spots: “First Date” and “Ryanville.” The brand’s 60-second “Better” spot is scheduled to air during the pre-game coverage.

As a returning advertiser, Kraft’s Heinz Super Bowl campaign features multiple products from the Heinz brand: “Everyone knows and loves the great taste of Heinz® Ketchup, and we wanted to introduce the world to the rest of the great tasting family in a campaign called #MeettheKetchups.” Heinz says its campaign will supported with PR, social and digital efforts.

Axe is changing its commercials. Not so long ago the brand was all about sexy girls, but now the brand aims to open a conversation on masculinity and encourages men to share what makes them unique.

Budweiser teams up with Helen Mirren to start a movement that stands apart from the typical drunk driving PSA by calling on drivers to #GiveADamn and protect their lives and the lives of others.

As part of its Super Bowl 50 campaign, Avocados from Mexico has launched its “Avos in Space” with a teaser ad starring once-upon-a-time teen heartthrob Scott Baio quickly getting frustrated while trying to solve a Rubik’s Cube. The campaign includes a digital rollout with the release of the brand’s Avos in Space website and contest that asks participants to tweet responses using the hashtag #AvosInSpace.

T.J. Miller can do no wrong at the moment, and that extends to this ad, in which he insults the Shock Top orange, who insults him right back. This ad shouldn't be as amusing as it is, but here we are. 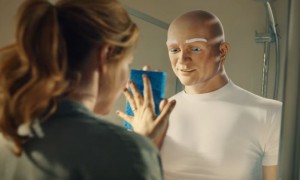 The 7 most discussed commercials from the Superbowl 2017. (4 of them automotive)