BMW created an after image effect advertisement. A high powered camera flash was setup with a BMW logo behind the cinema screen. During the closing frames of the advertisement, it was triggered and the audience was asked to close their eyes, which revealed the logo as an “afterimage” that faded away. Is this legal? 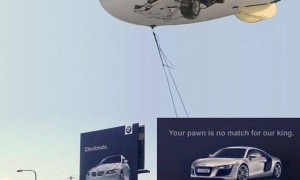 Remember the billboard battle from Audi versus BMW? Well apparently it went on, and on. After BMW’s ‘ Checkmate ‘, Audi bought an even bigger billboard where it said ‘ Your pawn is no match for our King ‘ showing the Audi R 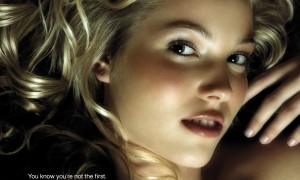 BMW: You know you’re not the first

This idea has been done before by Nearly New Cars in Belgium. The translation that goes along with the ad: Would you mind not to be the first?