It is the first of April, time for a lot of April fools jokes. There is this one prank that stands out this year. On hotelicopter.com you could book a room in a helicopter. The big helicopter, a Russian Mil V-12 would have 18 luxuary rooms.

The website says “Experience the adrenaline rush of taking off and flying high in the largest helicopter ever produced.” This is an internetcampagne that is part of the website Yotel. Millions of people believed it.

The Guardian wrote that they will scrape the paper in favour of Twitter. Experts say any story can be told in 140 characters.

The Daily Express wrote about an invention. A car that could bypass speedcameras. 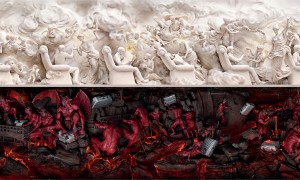 This cool billboard was made for Samsonite. The entire image is one big sculpture of devils and angels representing an airplane ride. Angels treat the people and devils handle the luggage and obviously a Samsonite suitcase survives hell. This one won a go 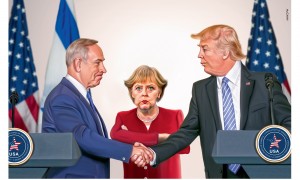 A new ad that takes politics to the sky