To launch the new Money Multiplier scratchcard from the National Lottery Ireland, creative agency DDFH&B turned to the one animal that’s known for multiplying more than any other. Rabbits. The campaign launched in an unexpected way with intriguing five second TV teasers during the Irish Nine O’Clock News that showed some extreme close-ups of rabbits but no branding other than #LegendBoy. After becoming a talking point across social media, the rest of the campaign then launched three days later. 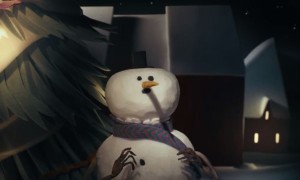 The National Lottery and mortierbrigade created an umbrella end of year campaign: the Lucky Holidays campaign. The campaign kicks off with a unique animation movie made by the top production company ‘Blink’, last week elected as Production Company of