American Rally driver, co-founder and Chief Brand Officer of DC Shoes shows his best skills in another Gymkhana infomercial. It’s already the fourth one and they keep getting more impressive every time. Filmed over the course of five days in the backlots of Universal Studios, California. Featuring robotic sharks, deranged zombies, and a hilarious cameo by the Epic Meal Time guys 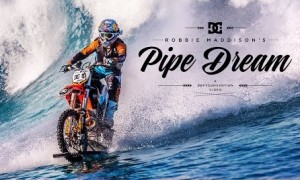 DC presents Robbie “Maddo” Maddison’s “Pipe Dream,” giving the world a chance to witness history being made as Maddo rides his dirt bike on the powerful and iconic waves of Tahiti. From his helmet to motocross boots, Maddo was dressed for FMX when he took 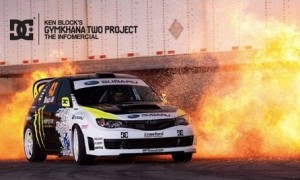 This so called infomercial was made for DC Shoes. It is a seven minute video that sells the product with great action. A Subaru Impreza WRX STI is drifting at the Port of Los Angeles with amazing slowmotion effects, driving stunts, explosions and other su