Michael is a big football fan, the type of passionate supporter you see on TV. When he knew that the UEFA CHAMPIONS LEAGUE Final would be played in his hometown, Berlin, he tried to buy a ticket for the big match, but it proved impossible. Instead he planned to watch the game with his best friend in a bar.

Michael believed that he was going to the sports bar in a normal taxi, but little did he know he was about to be surprised by his best friend and the famous footballer Michael Ballack. 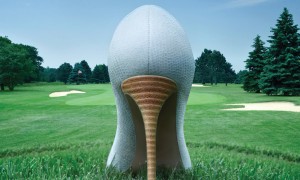 To promote the 12th anual women’s golf classic this smart print was made. A high heeled shoe or a golf ball on a tee? Striking resemblance. 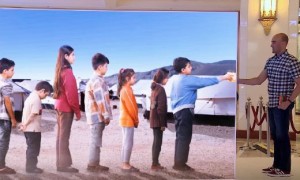