The campaign, called ‘Naked Running Camp’ follows in the commercial a team of sports(wo)men running naked in the wilds. Somehow, Nike convinced runners like David Olds and Lauren Fleshman (Believe it or not; that’s her real name..) to take off their clothes and show their body on national TV.

In other words, the runners are encouraged to leave their mobile phones, TV’s, mp3 players, and…. their shorts, while running!
Count me in!

Anyone can be a runner. All you have to do is start running. From your first mile to your first marathon, Nike+ Run Club can help you get started. 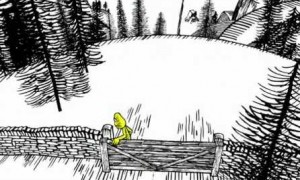 Nike has recently created a short animated video together with James Jarvis , a British illustrator who creates three-dimensional characters toys. The short video is about a character running through all different kind of ‘fantasy-places’. Pr