Radiolab is a radio program produced by WNYC, a public radio station in New York City, and broadcast on public radio stations in the United States. For one of their documentaries, they spoke to a woman who taught a 27-year-old man the first words of his life and talked to a firsthand account of what it feels like to have the language center of your brain wiped out by a stroke.
To make sure such a moving documentary would have the attention it deserves, two directors named Will Hoffman and Daniel Mercadante made a remarkable companion-short-movie for the documentary. 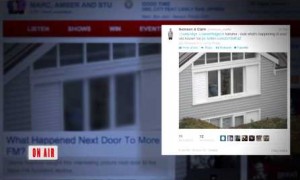 Prime: Secret diary of a callgirl

DraftFCB Auckland was asked to make a 30 second radio clip for Prime to promote a new television series. Instead of that, they did something quite different. They got 3 days of free airplay on the radio with this stunt. Check out the video below to see ho

Prime : Secret diary of a callgirl
18