In 2011 speed cameras were introduced to Latvian drivers, but as it soon turned out – it wasn’t for the noble cause of speeding elimination but was a cheeky money making scheme and it wasn’t the country that won in this war. We started a social campaign–The National Radar. The idea: take your old fridge, make it look like radar and place it on a highway where it doesn’t interfere with traffic. We only started a Facebook page to promote it but in couple of weeks the campaign was all over the news. 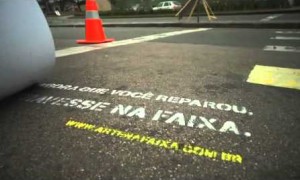 To educate pedestrians in Curitiba, Brazil about the dangers of jaywalking, the Curitiba City Hall’s agency Master painted artworks on crosswalks all over town. The art peeled off to reveal the message ‘now that you’ve taken notice, use 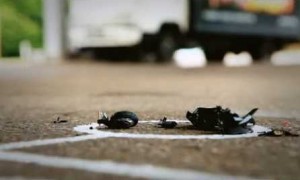 This agency put small scooters in the customers’ way along with tag-line “Scooter: small and vulnerable”. Either the customer noticed the toy in his way and got the message or accidentally crushed the toy, thus getting even more direct e