3D projection short film was made on Rotuses aikste (Vilnius City Town Hall – in Lithuania) on November 7, 2009. 10.000 people visited the screening of the short film “When Fairy Tales come True” made by Publicum Media. This film was made possible by Sony Ericsson as a part of their campaign “Make.Believe” involving the Space Hoppers as characters. 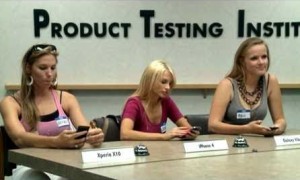 Sony Ericsson has released a number of hilarious videos about the Xperia X10 that shows the rigorous testing that takes place at their ‘Product Testing Institute’. They have produced five videos with various groups including blonde models, glam rockers, g 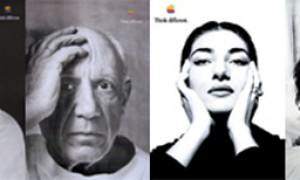 In memory of Steve Jobs we would like to share the story of one of the most successful campaigns in the history of advertising. It’s the story of Apple’s ‘Think different’ campaign. We are not only talking about an original idea or a beautiful ad,