On November the 9th, the Germans celebrated the 20th anniversary of the end of the famous concrete barrier also known as the Berlin wall. The German Democratic Republic (GDR) built this wall in the 1960’s that completely enclosed the city of West Berlin, separating it from East Germany including East Berlin.

After a quarter of a century, during a revolutionary wave sweeping across the Eastern Bloc, the East German government announced on November 9, 1989, after several weeks of civil unrest, that all GDR citizens could visit West Germany and West Berlin. Crowds of East Germans climbed onto and crossed the wall, joined by West Germans on the other side in a celebratory atmosphere.

This is a print ad where DHL takes us back to those years. A man in an East German apartment unpacks a hammer, while the Berlin Wall appears through the window.
The slogan is: “Before you even think you need it.” 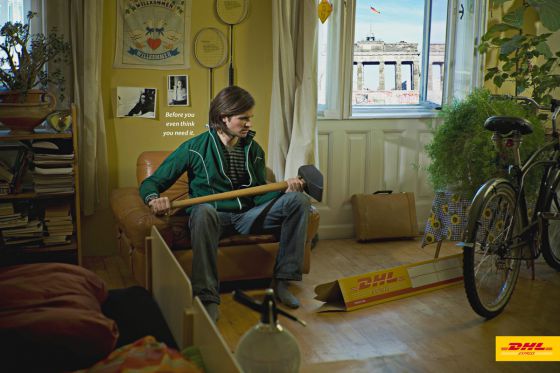 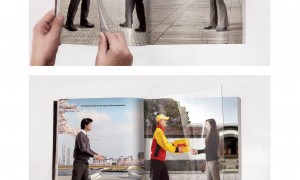 Innovation uses magazine particular media form which means a piece of transparent PVC paper will be placed into a magazine and will be printed a DHL worker on both side. Therefore, when you turning the paper the worker can deliver the express mail to no m 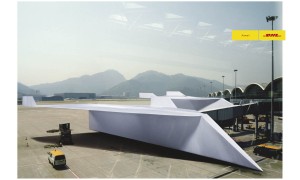 These print advertisements are pretty good. They are not genius but there is something that makes you say nice idea to replace the real planes with paper planes.