I always knew that Snow White had a dark side.. Nowadays you see her in her new role Ho White.
Chilling naked in bed and smoking a cigarette, next to her brood of shag-mates, the Seven Dwarfs..

This is a new ad for the Australia’s Jamieson’s Brewery.. The agency (The Foundry) made this ad as a part of a campaign that positions the brewers raspberry ale as ‘Anything but sweet’..
After some commotion of Disney, The Foundry had to stop it’s campaign. Too bad, because I think they could make some other funny print ads or even Tv spots.. 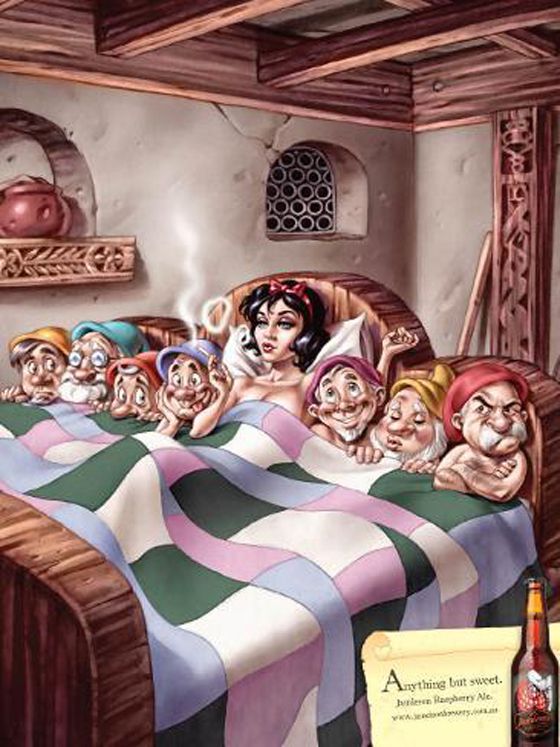 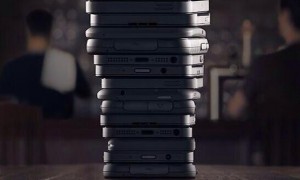 Guinness is campaigning against the usage of smartphones in a bar. Just put your phones down and bottoms up! And how to illustrate this any better than with a stack of phones in the shape of the iconic Guinness glass. 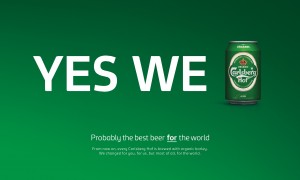 Carlsberg: Yes we can

Carlsberg Hof beer hasn't changed a bit in over 80 years. Until today. Now, the classic beer is brewed only with 100% organic ingredients. To celebrate this, M&C Saatchi recycled one of the most famous slogans in the world, with a little touch of Carlsber