This film, entitled “Pens”, uses a clever visual device to tell the story of an unnamed protestor. The protestor is arrested, detained and abused, but released following thousands of petitions for his release. Set to a soundtrack performed by Paolo Nutini, with a short, stirring excerpt from Charlie Chaplin’s The Dictator, the spot champions Amnesty’s process of mobilization via the signatures of its supporters. 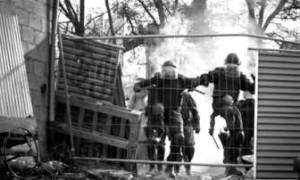 This campaign was created by the French advertising agency la chose for the anniversary of the 50th birthday of Amnesty International. It is a very impressive video with the tagline: “You can save human rights, sign”. 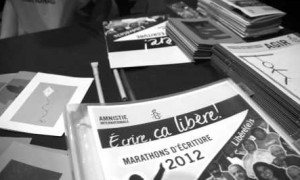 Each year Amnesty International is organising writing marathons for people to write letters to ask for the liberation of prisoners. To encourage people to write they used pencils and pencil sharpeners to illustrate the problem. Finishing it all off with a