Cadbury creme egg is a popular chocolate candy in England. Every year Cadbury launches a promotion campaign right before easter. In 2008 the ads began on January 1, the earliest Cadbury has ever started a Creme Egg campaign. But in 2008 the campaign was different, Cadbury got rid of their old image, they released a multimillion-pound campaign.
It exists out of 3 parts: the first part is a series of 20 television ads, they got a tremendous viral result online. They also made an interactive bus shelter ad, thirdly they did ad placements in online video games. You can check it all out on this website.

The slogan for the campaign delivers the main idea: “Here today, goo tomorrow”.

Normally there should be 20 ads in total for the first season, I only found 16 of them. Can anyone help me with the others? We saw the ultimate finale of the season yesterday, but I can’t find it online. It’s a slow motion version of the mousetrap video featuring 225 Creme Eggs being “gooed” in mousetraps requiring 23 hours to set up but just nine seconds to shoot.

The last movie is a home made egg goo commercial, it was entered for a competition organised by Cadbury.

Enjoy the other TV adverts after the jump.

All these previous videos are from last season, the next one is a new one. I don’t like it that much though…

This is an entry in Cadbury’s “Unleash The Goo” competition, in which entrants must find the most creative way to break a creme egg. 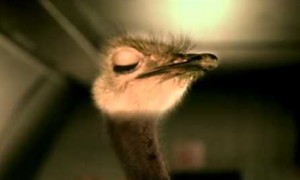 Cadbury isn’t a traditional candy advertiser; no boring buy-me! messages or exaggerated TV-commercials, Cadbury is an advertisers that likes to be striking and original. Remembered their gorilla-commercial that won several awards? Well now, the

Women like chocolate and men known it is hard to please a lady. That is why Cadbury (chocolate) advertises with the following slogan: A man will never be as good as whole Cadbury! If you watch the three commercials you will soon known why.