Drench, a brand of bottled spring water owned by Britvic (British producer of soft drinks) has made a new commercial. It’s a Online and TV campaign, where hamsters are playing music.
On their website you can see the auditions the hamsters have done to get in this commercial..

Drench always try to think further to make a commercial. Last year they made a commercial where Brains, the genius of Thunderbird, started doing hilarious dans moves. It had a lot of success and was a buzz on the internet 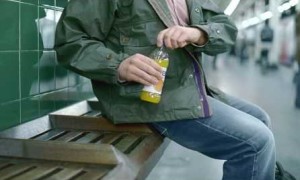 Drench: Get your head together

TV Commercial
Drench : Get your head together
12 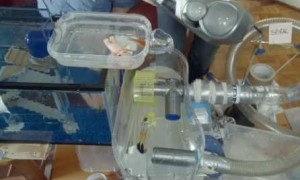 Drench: Goldfish, with a memory

Who once claimed that a goldfish only has a memory of three seconds? Well in this ad, this man is proven wrong..Meet Mr. Memory, a highly educated goldfish trained by two of his best friends. In this video Mr. Memory needs to pass several hard obstacles.

Drench : Goldfish, with a memory
10