Marvel’s promotion of the new movie, Thor, includes a spoof of the popular Volkswagen Vader commercial, in which a young boy tries his psychic powers out around the house. The young god of thunder tries to use his hammer call down the lightning on the exercycle, Lokl the pet golden labrador, the clothes dryer, a flaxen haired maiden doll, all to the tune of Richard Wagner’s “Ride of the Valkyries”. The boy’s persistence with the toy Mjolnir pay off once his father drives up in the car. Note the name on the car’s license plate, as well as the reference to Tony Stark on the kitchen bench. 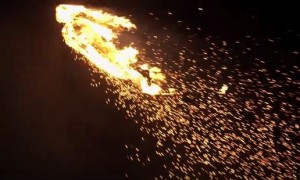 The new "Fantastic Four"-movie of Marvel is coming out. Thinkmode, an agency from New York asked themselves how the 'Human Torch' one of the main characters would look like in real. The character can engulf his entire body in flames and is able to fly. So 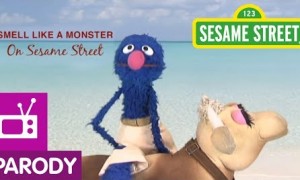 People don’t get tired of it. This is one of the many spoofs on the Old Spice ad . It features Grover from Sesame Street saying: “ Sadly, you are not a monster “. Naturally this is an ad for the popular children-TV-show.