This commercial proves again that TV is not a dead medium, there are still some great opportunities that can be done with it. In this stunt they are using the television as an interactive medium. We have to admit the video is a bit dull, but the idea is just great. They want to show the convenience of a remote controlled trunk of the new SkodaSuperb Estate, and let people experience this with the remote control of the television.

What they did:
Most people in Poland watch TVP1 on channel 1 and TVP2 on channel 2. They ran 2 spots simultaneously on these channels, one showed the car with the boot closed and on the other channel with the boot opened. Underneath the image of the car they showed the message: ‘To open the boot press 2 on the TV remote’ and vice versa. 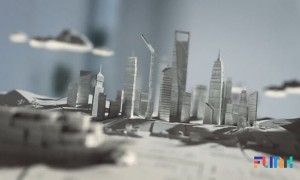 Created for use by Skoda’s human resource department, the film is an engaging demonstration of Skoda’s commitment to its people. The opening shot of an applicant preparing his CV sets the scene and uses its CV to construct and animate a paper 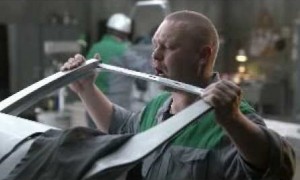 Skoda is promoting the Fabia vRS with “Mean Green”, a television commercial filmed at the factory in the Czech Republic, showing a meaner side to the 180hp 1.4L TSI turbo and supercharged Fabia hatchback. The commercial begins with the brutal destruction