Off-piste skiing and snowboarding are more popular than ever. But also dangerous. Every year more than 5.000 people worldwide are buried by avalanches. During the search for the victims every second counts. Unfortunately, most people buried don’t wear any avalanche emergency equipment. Because it’s expensive and the danger is often underestimated. This makes it extremely hard for the mountain rescue to find and recover them in time.

Serviceplan built the first ski pass with a built-in positioning chip. With this every skier in the ski resort Sölden is automatically locatable. After an avalanche a radio signal is immediately being sent out. The reflector in the pass returns it. And the mountain rescue can then pinpoint the victim’s exact location. The good thing about Save Me: The reflector is passive, meaning it doesn’t need batteries, so it’s always "on". 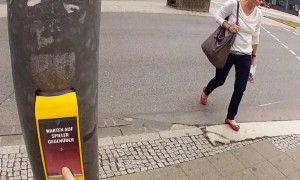 So you’re a pedestrian, standing at a busy intersection, waiting to cross the road… Boring right? Well, not any more. Introducing StreetPong, which is creating urban interactions between random strangers on opposite sides of the road! 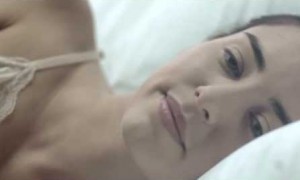 The Sleep Art Robot from Ibis Hotels transforms your sleeping patterns into physical ones in the form of real art, paint on canvas. The robot uses movement, sound and temperature from 80 individual sensors to create your