We all know the Ford T, the car that set 1908 as the historic year that the automobile came into popular usage. It is generally regarded as the first affordable automobile, the car that “put America on wheels”.

The Ford T (First print ad, date: 1914) was one of the first cars that was made in mass production (the first was Oldsmobile Curved Dash) and with it’s slogan “You can buy him in all colors, as long as it is black” the Ford T took over the world and in 1918, the half of all cars driving around was a Ford T.

As cars became popular, some saw another market that could be a success. Bigger cars!
What began as minivans that could carry one and a half ton (Second print ad, date: 1936) the trucks evolved and became an indispensable material good for the economy.

Another car that was a huge success was the Ford Mustang (Third print ad, date: 1964). The Mustang created the “pony car” class, sports car, like coupes with long hoods and short rear decks. After the Model T, the Mustang was one of the greatest successes and gave rise to competitors such as GM’s Chevrolet Camaro, AMC’s Javelin and Chrysler’s revamped Plymouth Barracuda. 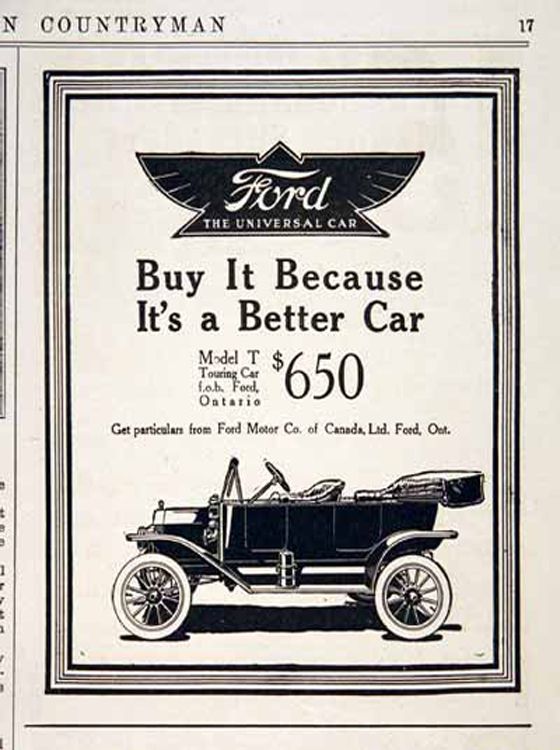 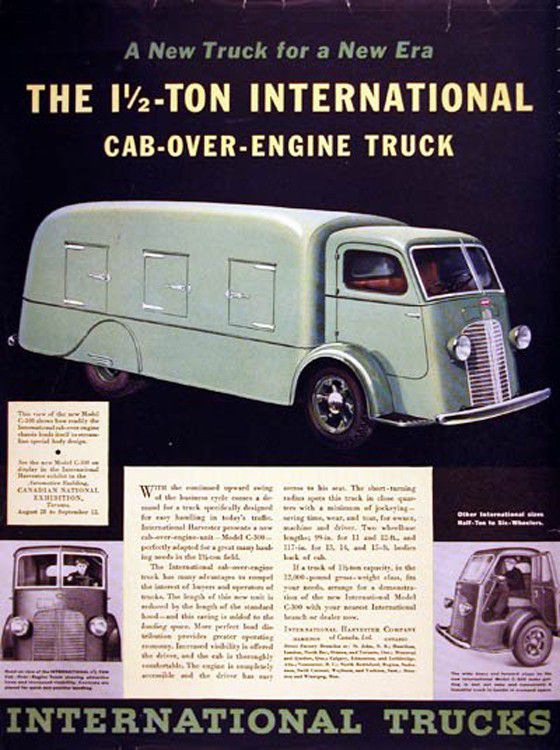 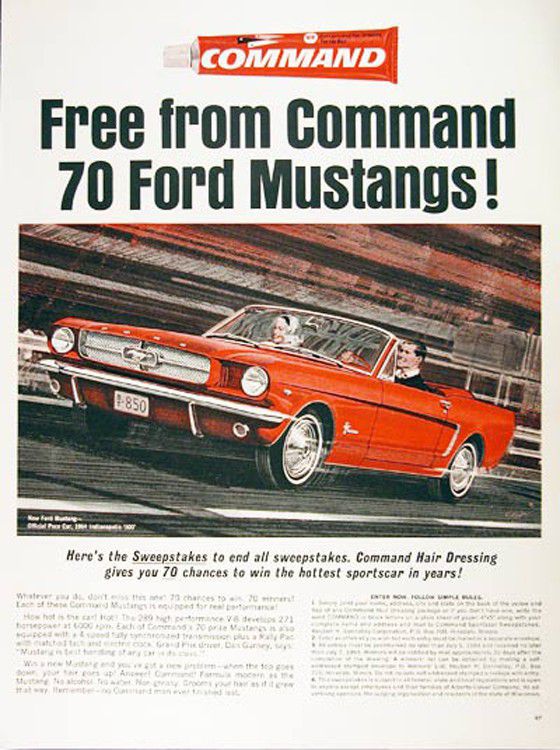 In Vintage car advertising, these two cars can’t be missed. A volkswagen and a Trabant, both German cars. Like Sander said a couple of days ago, Volkswagen always had an apart way of thinking.

In this video you see this really cool spot where a man shows what a beetle is capable of.

The trabant, a car that was produced by former East German auto maker VEB Sachsenring Automobilwerke Zwickau in Zwickau, Sachsen, was the most common vehicle in East Germany, and was also exported to countries both inside and outside the communist bloc.
They also made a nice commercial which had a lot of success back then..