From Muhammad Ali to OJ Simpson. Find out!

PRINT ADS
Wilt Chamberlain was an American professional NBA basketball player who played for the 76ers (Philadelphia), the Lakers but also for the Harlem Globetrotters. He is considered by his contemporaries as one of the greatest and most dominant players in the history of the NBA. His length was always one of his most powerful weapons and BOAC (British Overseas Airways Corporation) made a funny ad regarding Chamberlain’s length. 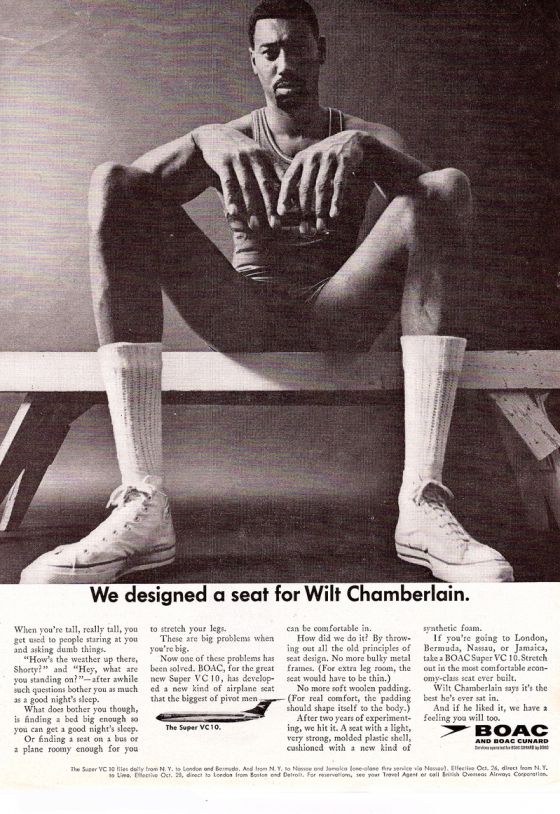 OJ Simpson is a retired American football player, football broadcaster, actor, and spokesman. OJ was acquitted of the murder of his wife Nicole Brown Simpson and Ronald Goldman after a long and highly publicized criminal trial. The trial, often characterized as “the trial of the century,” culminated on October 3, 1995 in a jury verdict of not guilty for the two murders. Nowadays he spends his days in the prison, for other felonies he was charged. In the second ad you can see OJ an ad for Dingo shoes. 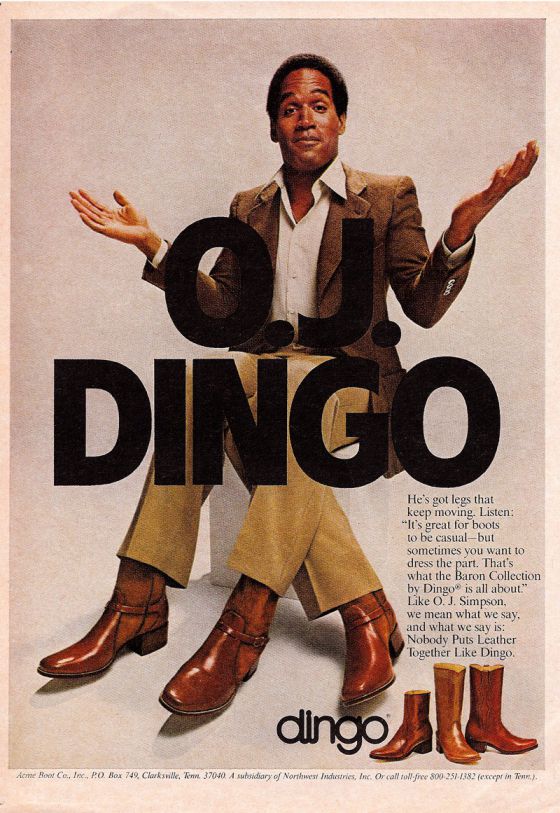 The third ad features Cathy Rigby, a gymnast, actress and speaker. She was the face of a campaign selling feminine napkins that prevents menstrual odour. The print ad speaks for itself.. 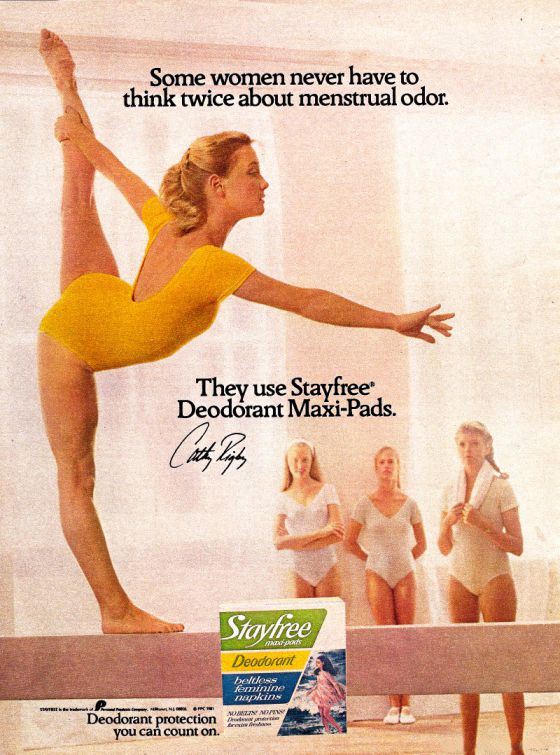 Tai Babilonia is an American pair skater. With partner Randy Gardner, she is the 1979 World Champion and the 1976-1980 U.S. national champions. In this ad for Lee, they have more attention for her long legs and behind, than for the pants itself. 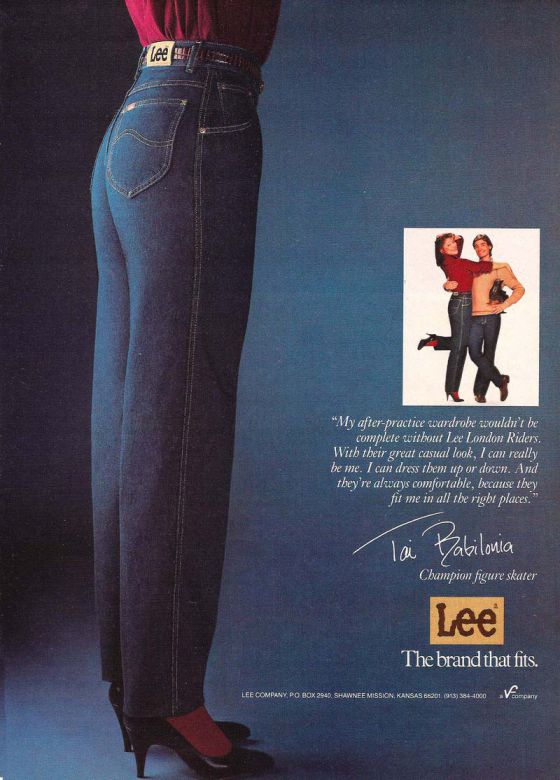 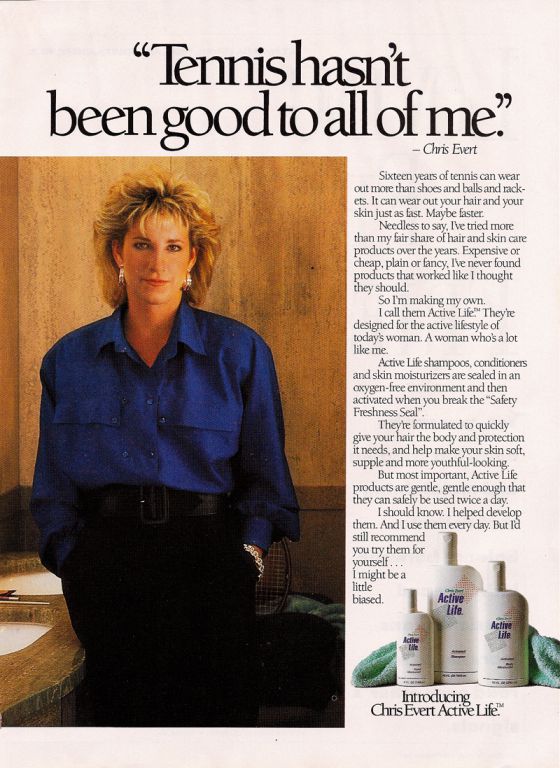 Fly like a butterfly, sting like a bee, I'm the great - Muhammed Ali, couldn't muss in this row. Here's an ad for Rockport shoes in 1993, nine years after diagnosed with Parkinson's Syndrome. 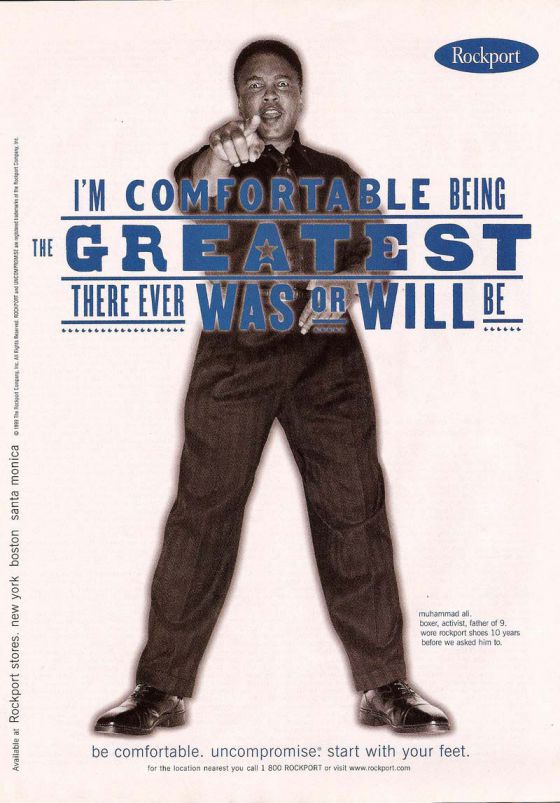 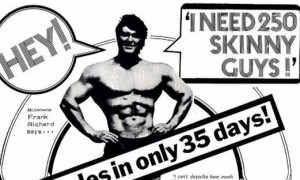 The summer is coming.. Many can’t wait until the season begins. BBQ’s, holidays, swimming, tanning, … But for many the summer isn’t all about fun. They’re realizing that in a couple of months they will have to look fit and in shape, if they want to lay o