For the pre-safe precrash system from Mercedes, chaotic traffic intersections were made safer. Everybody was able to look around the corners into the streets as if the walls were transparent, and could therefore detect potential hazards in time to avoid them. To achieve this, a camera has been used to film what was going on around the corner. The images were projected onto an 18/1-format billboard on a building corner so everybody could see it. 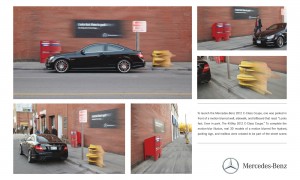 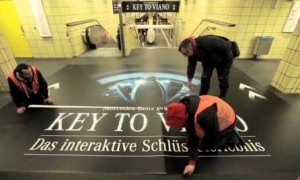