In one of the biggest stations in London (Victoria) Lynx has come up with this nice ambush campaign. In the middle of the station, a large dot was put were people had to look above. At the same time, an Angel (such as in their commercial) would fall from the sky. Not literally, but virtually.. Look at the result in the following video! 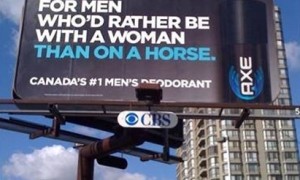 Unfortunately we could not find a high quality image of this billboard but we do want to share this humorous advertisement with you. For those of you who don’t understand it, have a look at this 30-second commercial made for Old Spice . It was an instant 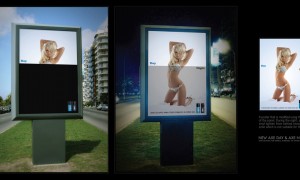