McDonald’s Germany continues to win awards for this outdoor bus stop advertisement, “Freshness Box Salad”. A billboard was transformed into a fresh salad and condensation leaving the unmistakable logo of McDonald’s behind. 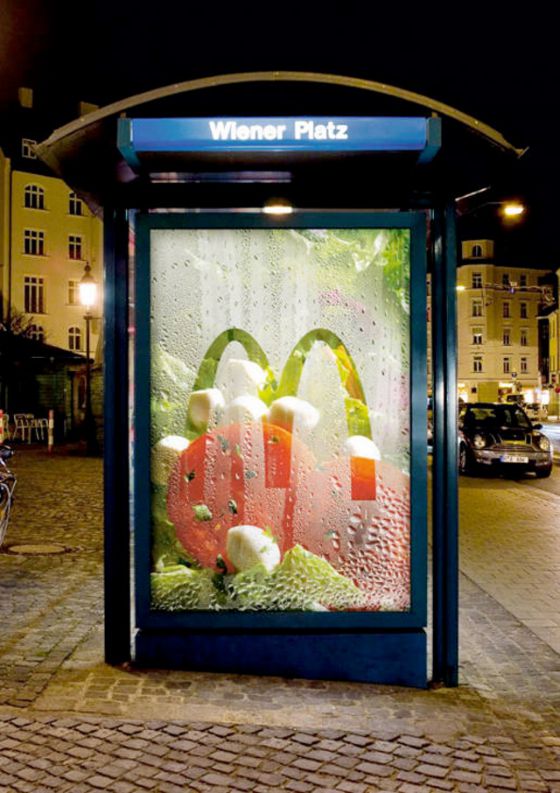 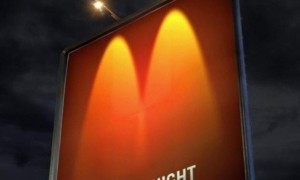 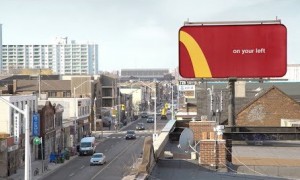