Despite the video's insistence that the mind-boggling demonstrations "are completely real," the hoverboard does appear to be a fake. But that doesn't stop Tony Hawk, Moby, Terrell Owens, Agnes Bruckner and other celebs to promote this HUVr.

The question is: What real thing is this fake thing intended to promote? The HUVr website lists a "destination time" of December 2014, so it could be a movie or videogame release. 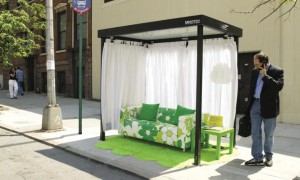 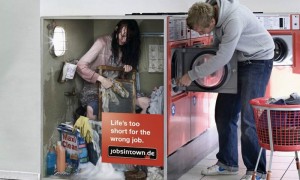 Jobsintown.de: Life’s too short for the wrong job

Jobisintown.de is a German online recruitment website. They have made these amazing advertisements with the slogan “Life’s too short for the wrong job”.

Jobsintown.de : Life’s too short for the wrong job
101