Last week was the international Alzheimer week wordwide. To make people aware of Alzheizmer, the most common cause of dementia, the Israeli Alzheimer Association and ACW Grey, launched this project. The target were people that went to the movie theater. When they sat down and the movie began, they saw a whole other title as they were supposed to see.. 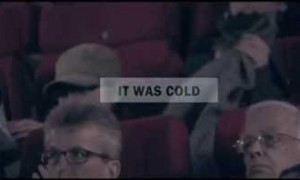 Cool stunt performed in a German theater. They turned down the airconditioning and put blankets on people seats. When the movie was about to start, some homeless people told that 8° degrees is still pretty ok to sleep. On the blankets there were QR-codes