Bossies was born in the slums of Cape-Town, South Africa. When he was a kid he suffered from a severe form of attention deficit disorder, because of this he never went to school. He wound up as a member of a gang that controlled a big part of the slums.

Bossies is not his real name, it’s his nickname, meaning going totally crazy in South African. One day a grenade blew up right next to his head and there is still some shrapnel stuck in his brain. Since that day he has gone insane.

After some years the situation in the South African slums really escalated and Bossies had to flee the country. He joined a Cuban militia of freedom fighters; this is where he got his hat. He learned all the tricks of guerilla fighting, and of course the joy of Cuban rum and cigars.

He met Rönguðr a couple of years later when he was providing him of illegally imported Cuban cigars. Since those days these two became inseparable. Rönguðr is the only one who can control Bossies a little bit. 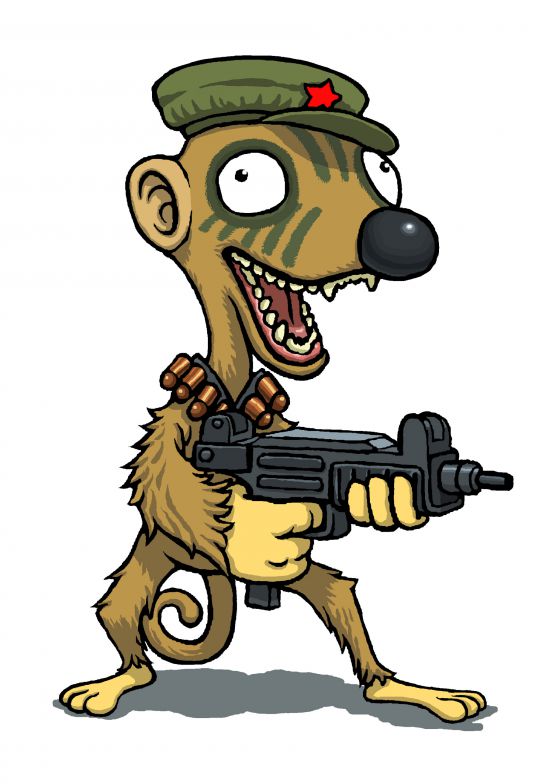