Tokala is a North American Red Fox who was born in the Black Hill National Forest situated in South Dakota. With its versatile fauna and flora, Tokala and his family had to live next to other sly predators such as the mountain lions and coyotes. Also raptors like the bald eagle, falcons and hawks were disturbing the peaceful existence of the omnivores. After many years, Tokala’s tribe was strongly weakened because of the lack of food due to the strength of the other animals.

The fox-tribe had to make a choice: move to another area or to stand up to the larger number of predators. That is were the young, yet clever Tokala came in. Ever since he was old enough to go out alone, he was fascinated by adventure with its dangers and traps. He gradually learned to anticipate and got the nature to be his partner in crime. With his quick thinking ability and cunning plans he got its tribe territory back and provided them the life they deserved.
Tokala became a hero and his bravery spread over the borders. A couple of months after his heroic deeds, Tokala got a message from a fox-tribe in Germany asking for his help to fight the bears. After a long trip Tokala arrived and started working. During his stay, he got to know the young Ernst, which he used in his plan to overmatch the bears. The small and almost invisible Ernst was ordered to dig a huge hole underneath the bears’ nests, which caused it to collapse and obliged the bears to change from location.

Ernst never forgot his old friend and invited him to be a part of the legendary Creative Criminals. Tokala’s role in the team is to spy on enemies, define their weak points and think of a strategy where the team can struck them. 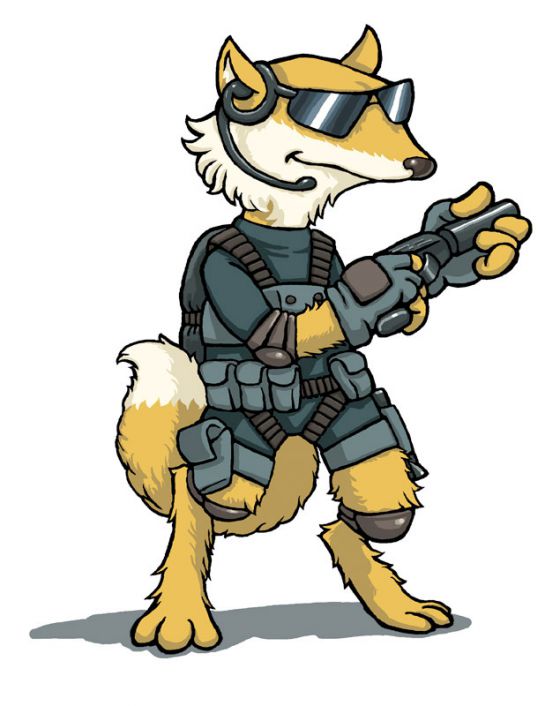