Hong Kong only has giant record labels. But somewhere, the sound of independent music is hiding, waiting to emerge. Zoo Record, an alternative music store wanted to break the monopoly of mainstream music.

14 indie bands, each made a song. People were given QR codes which could be scanned. If scanned a number of one of those bands was played. It resulted in people sharing their newly discovered music on Youtube, Facebook, Twitter, and personal blogs. But what was even more important was that more than half of the 14 bands sold out their albums within the first week, helping more people uncover the hidden sound of the city 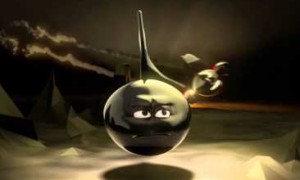 To bring the Hamburg Philharmonic Orchestra and classical music back to life the Orchestra created Acousticons. The first ever messenger app that emotionalizes textmessages with music. Great idea since youngsters spend hours a day on their smartphones.