WWF Brasil is playing daredevil. They made a print campaign where they compare the disaster of 9/11 and the tsunami with eachother.
The tsunami killed 100 times more people than 9/11. The planet is brutally powerfull. Respect it. Preserve it.

I don’t think the Americans will like this comparison.. Although WWF is right about the death count and that everything in America is ‘bigger’, still I think it’s a bit insensitive.
But I’m sure WWF Brasil thought of the consequences and launched the campaign anyway because they’d be sure that a lot of people would react on this print ad. And that’s the only thing they want.. 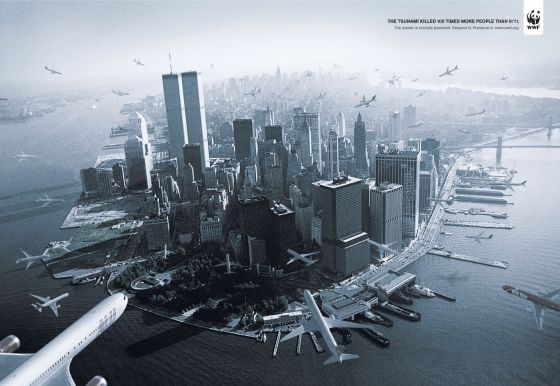 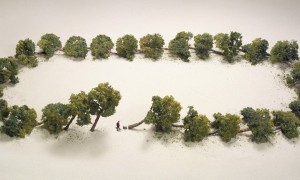