For this weeks ‘Vintage Tuesday’ you can see the evolution of the design of the radios before the 80’s. From radio horns to jukeboxes & radio books to the HI FI system we know today. Enjoy!

The first print ad (1925) is from Atwat Kent, an inventor and prominent radio manufacturer based in Philadelphia. It show a couple listening to the typical radio back then, with a loudspeaker attached.
The second one looks at first sight like a jukebox but is a regular radio. It dates from 1935 and is from Westinghouse.
From then on, radios became smaller and more compact. The third print ad is for Motorola, that made portable radios in the late 40’s.


In World War II, small radio’s were often put in books, to smuggle them over the border. What once something was to survive became a must-have product in the 50’s. Crosley made several ‘Radio-books’. I think that many of those ‘books’ were used during work..
Admiral constructed the radio with the matching boxes in the 60’s. And the last one is a revolutionary radio from Sony, also called the ‘Visual Radio’, where visuals were added to normal audio radio broadcasts. 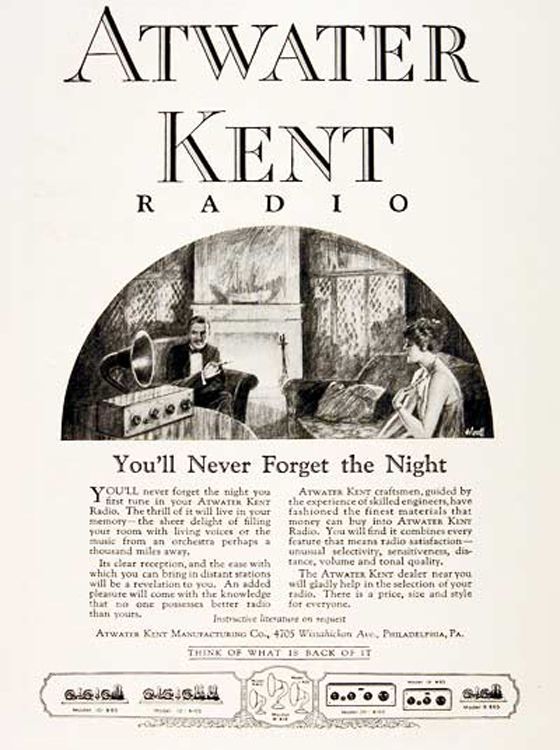 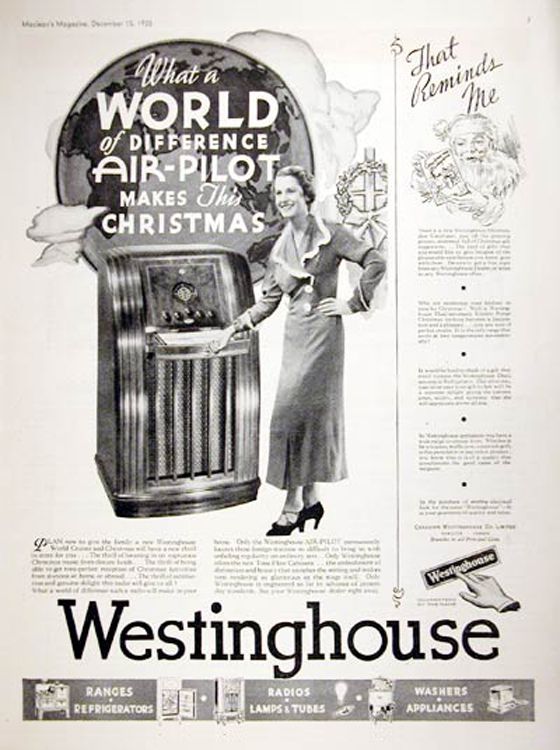 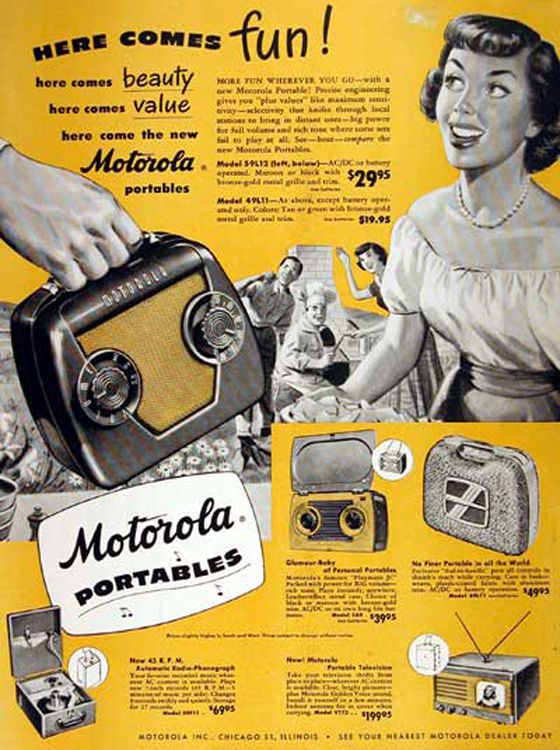 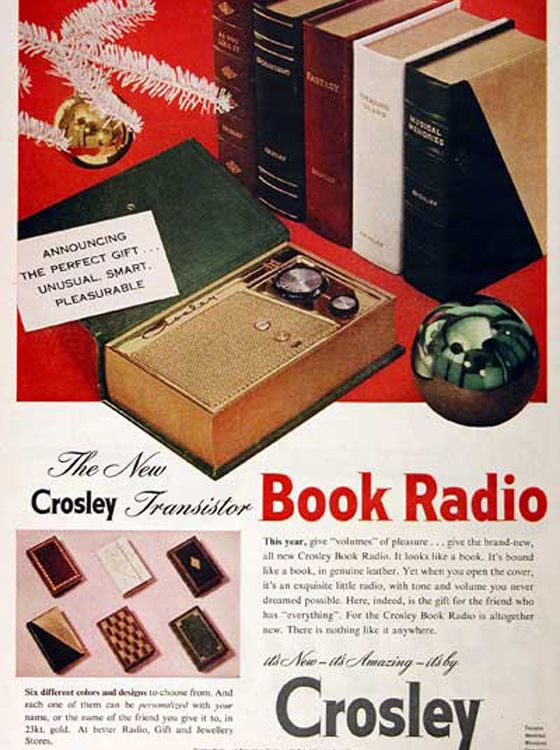 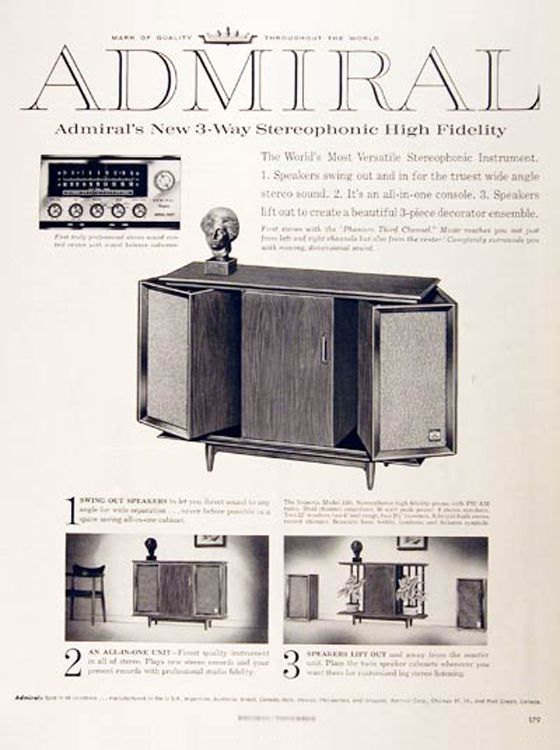 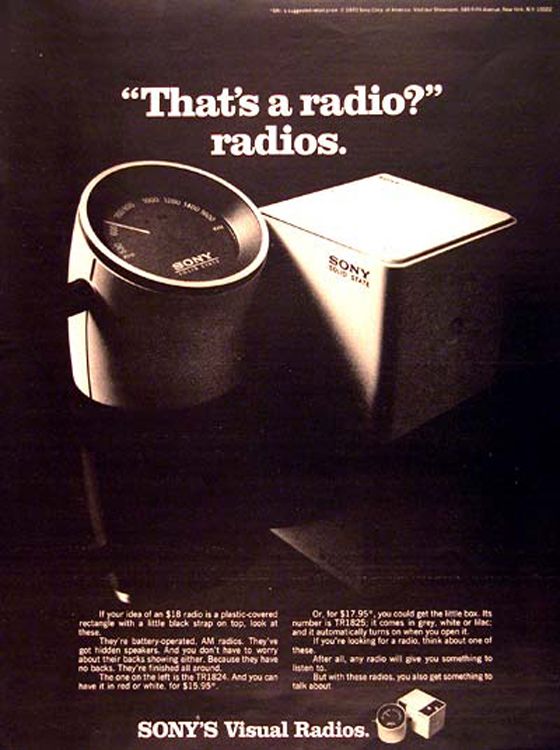