Volkswagen Amarok is the ultimate all terrain vehicle. It goes on everywhere, from mountains to the streets of urban jungles. To show that we created Facebook FlipBook. It consists of 200 images that are following each other. You just keep your finger on the -> button and flip through the album so fast that it turns into a never ending movie loop. By the Facebook Flipbook project they expanded the possibilites of the Facebook Platform by using the Photo Album as a new medium. 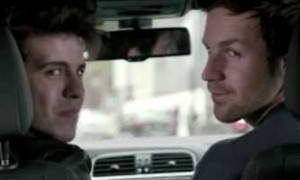 Polowers, are Polo Followers. The Polo is a popular car amongst young people. DDB Spain therefore developed a strategy in social networks aimed to convert the brand in the first topic of conversation on Twitter for a day. The campaign generated more than 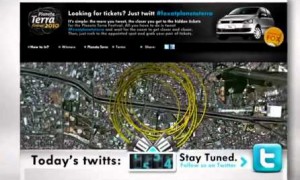 Volkswagen Brazil recently sponsored one of the biggest music festival in Sao Paulo Brazil, the Planeta Terra Festival, where they decided to promote the Fox. Through a mashup of Twitter, Google maps and real world prize locations.