How did this guy die? Thanks to his lumix waterproof camera rescueworkers could see what happened hours before his death.
The original advertisement showed the climber lying still, one leg in an awkward angle, perhaps dead. Panasonic withdrew the advertisement after complaints. They created a new version in which the climber moved his arm at the end. However, even that version has now been removed from the Panasonic YouTube channel.
Much of the video, including panoramic and underwater images, was shot using the actual Lumix camera. 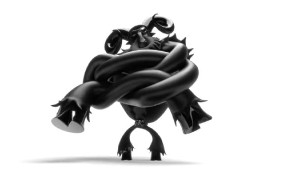 Not easy to promote a television which has the black’est colour of them all. However, the commercial made by Nexus production is pretty good! 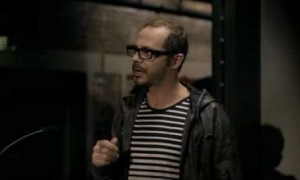 “You don’t have to be a great photographer to take great photos.” This is the slogan for the Panasonic Lumix G2. In the spot a photographer is giving a slideshow about his pictures, the audience is asking technical questions about his ph