In the 20th century the sector Oil & Gas was booming business. When mass-productions of cars began more and more companies started to begin in this business.

For this ‘Vintage Tuesday’ you can see old print ads of Oil companies, from France, Canada and the USA..

The first print ad dates from 1928, from Standard Oil, the company of John D. Rockefeller. It’s a French ad which says “La consécration d’une méthode nouvelle” meaning ‘The dedication for a new method‘. On the next picture you can see an Indian fighting an eagle. McColl Frontenac Oil Co. used Indians a lot in their communication to the consumers.
The third ad is from Texaco showing a dirty hand holding rice. The ad says ‘This is the hand of Japan and the dictator nations.. Not a pretty hand. It offers the world a starvation diet, startvation of body and mind and soul.‘. Obviously something anti-Japan and pro-USA.

The fourth ad is again one from Texaco where they emphasize their after-sales services, which started to grow around the 50’s. In 1964 the following ad appeared telling the consumer ‘Ford challenges Ferrari on the track, agrees with him on motor oil; both pick Shell.
The last ad is one for the Formula 1 racing back in the 70’s. ‘The men, the car and the oil’. Simple but efficient advertising. 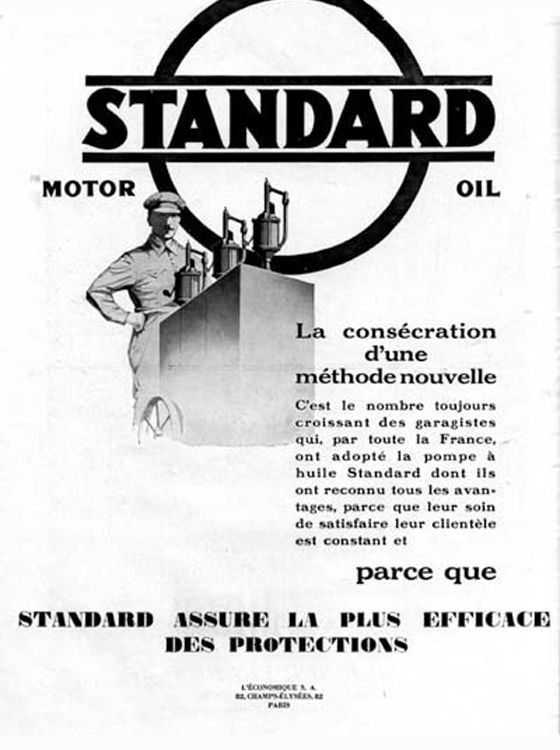 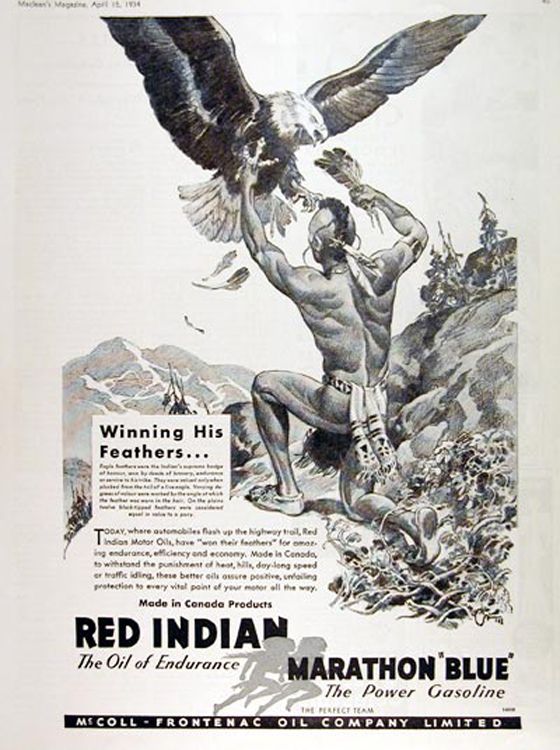 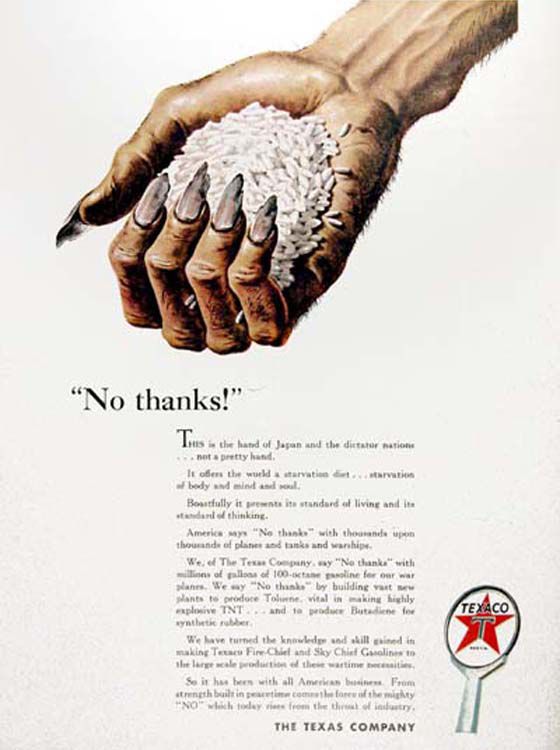 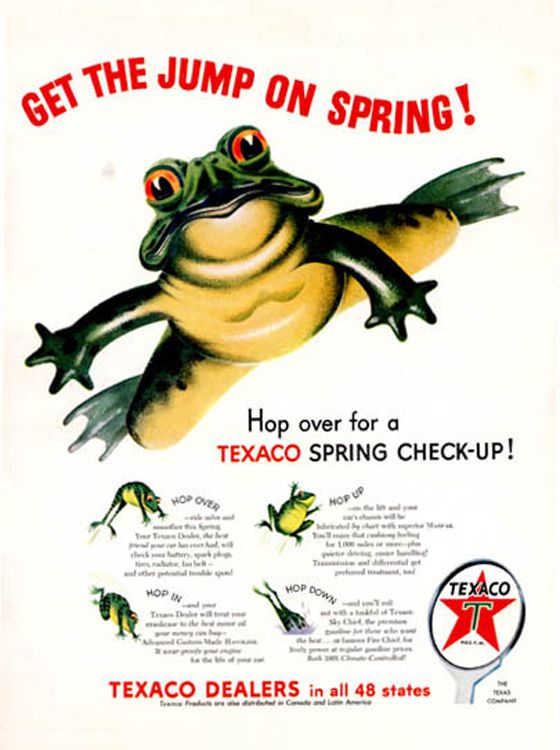 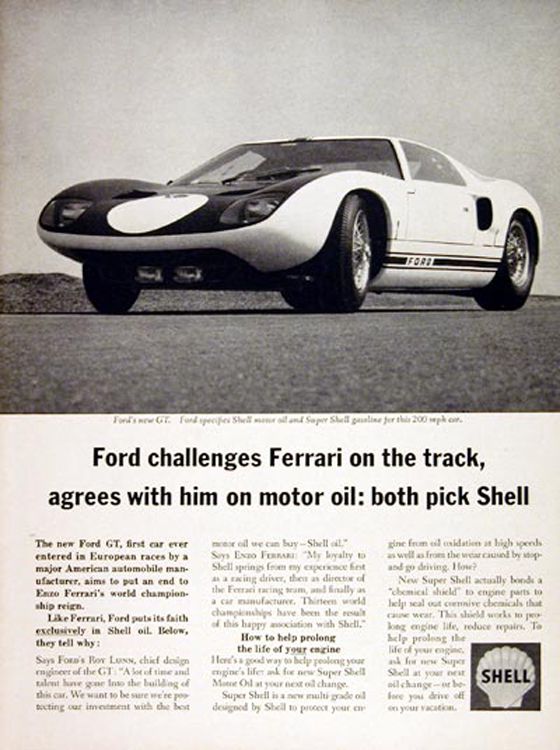 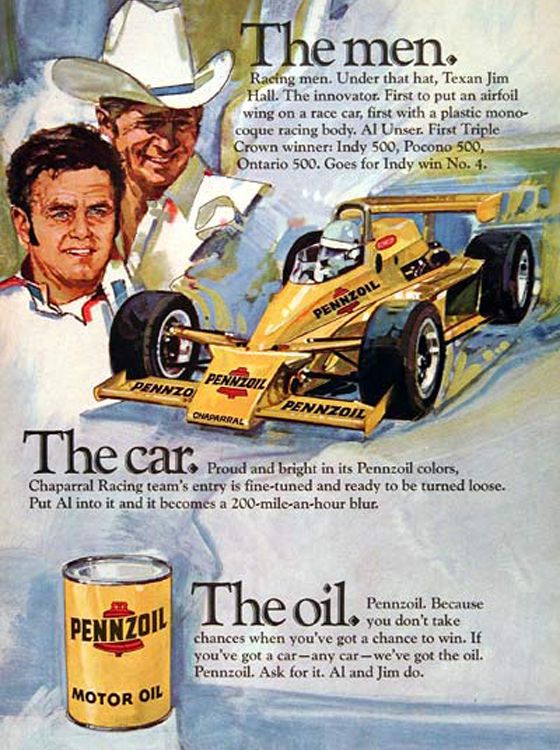