In the 18th and 19th century, perfume was mostly used by the rich people. Back then it was normal to (almost) never wash yourself and to look as white as possible. The reasoning behind this was the following; “Poor people work outside in the sun and sweat a lot. They have a tan and they stink”.

That’s how they distinguished themselves from the poor people.

PRINT ADS
In the first print ad of ‘La Diaphane‘ you see a French woman powdering herself with white face powder. It dates from the end of the 19th century, more specific 1890. ‘Diaphane’ refers to having extreme delicacy of form.
The second one is from Mary Garden, back then a famous perfume. It was published 90 years ago around Christmas. Perfume companies knew that it was a perfect gift to give it to your wife, and they were right! Christmas nowadays is the most popular period to promote perfumes.
At first perfume was often used by women, but dandy’s (man who places particular importance upon physical appearance) began it using too in the 20’s. In 1933 one of the first male perfumes made ‘Le Dandy’. I wonder how it smelled, pretty female I guess..

France was the first country that commercialised perfume in the 19th century. Later (around 1920) other western countries began doing the same and later on the United States followed. The third ad dates from 1933 from Bourjois and was published in the USA.
After a while the French perfumes got some competition of foreign perfumes, for example the one of Yardley English Lavender. A good perfume but I don’t really get why they put this huge Great Dane dog on their poster..
The last print ad is called ‘Ambush‘. Strategies of many perfume companies switched to the tempting and erotic theme which is still often used in the present. 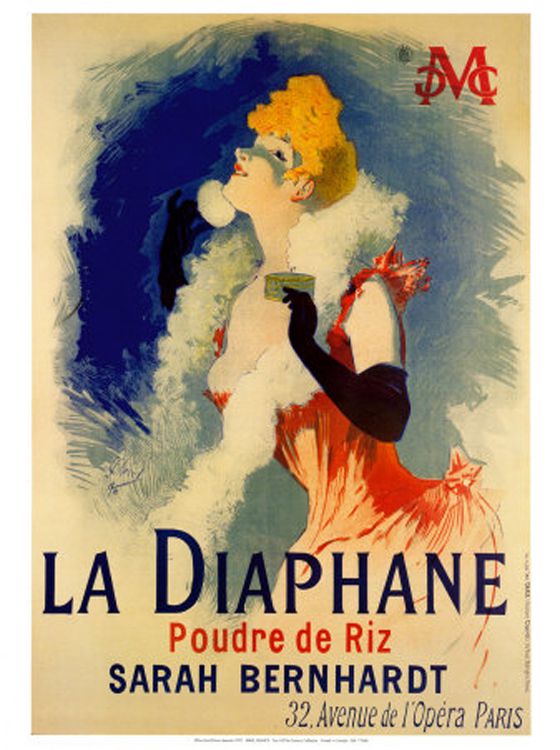 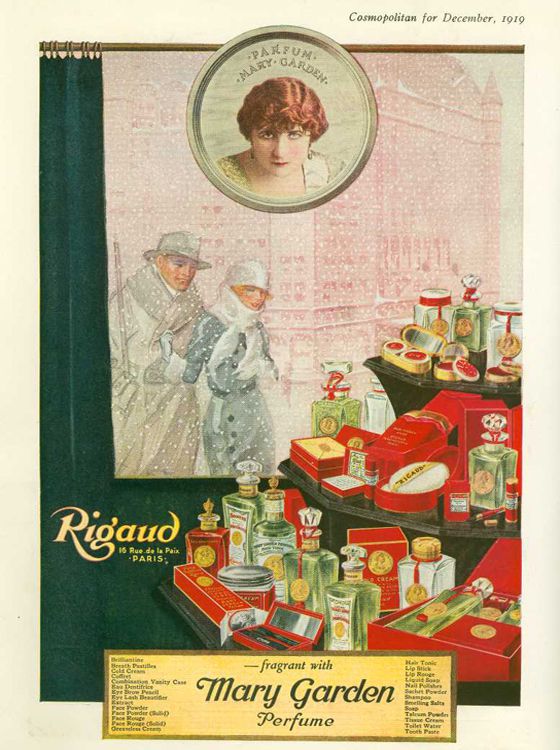 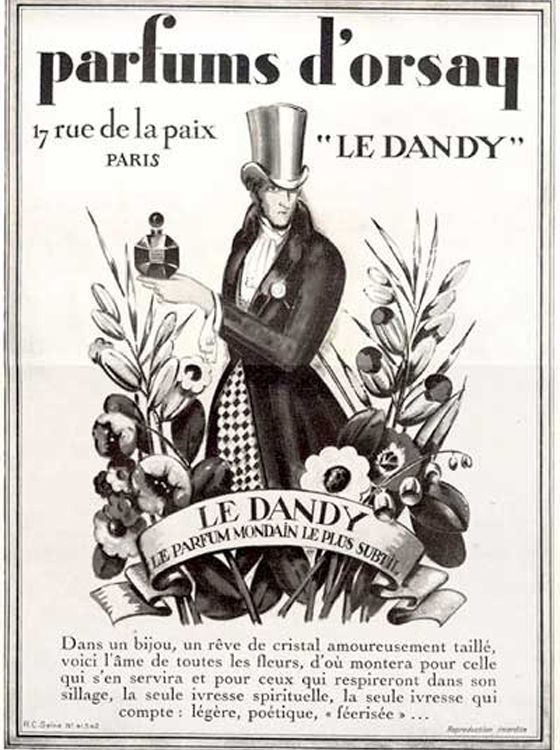 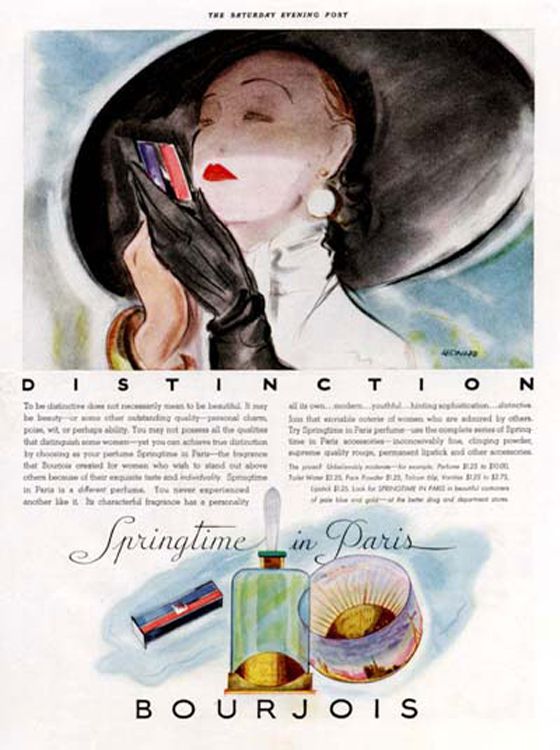 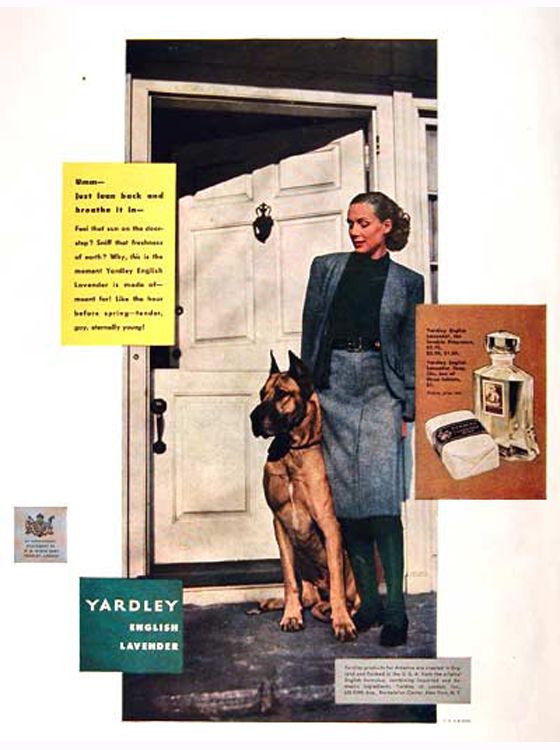 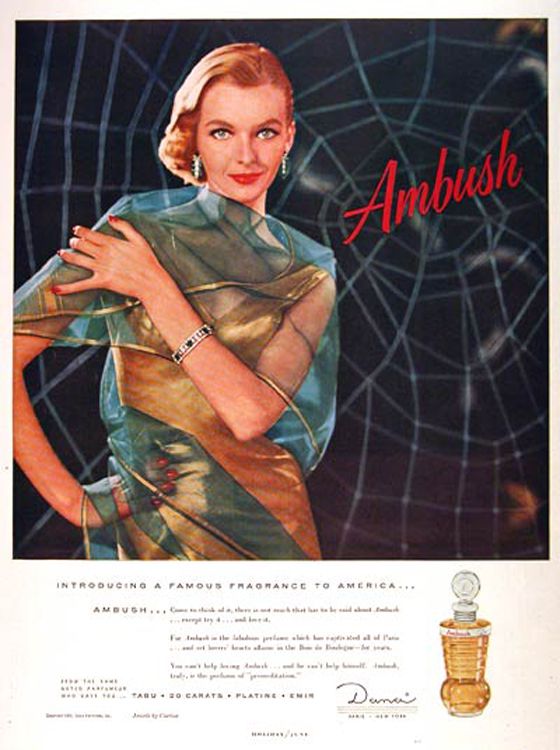