Vintage Tuesday already posted the vintage edition of beervertising, a post with many ads starting from 1897! But we found other great ads from the big brother of beer..
Stronger and deadlier.. spirits!

Four Roses, an American bourbon published our first print ad. It shows two fishermen, one holding the caught fishes, the other holding the bottle. “Luck like this, deserves whiskey like this“.
The second print ad claims that if girls go out on a bachelor’s pad, they need a bottle of White Horse to have fun. And did anyone recognized the lady on the left? Her name is Maud Solveig Christina Wikström, known from her role as a bond girl in ‘The Octopussy’.
Who would have thought that Woody Allen would be in a commercial? Here he is in a ‘66 print ad for Smirnoff. Come out of your shell Woody! 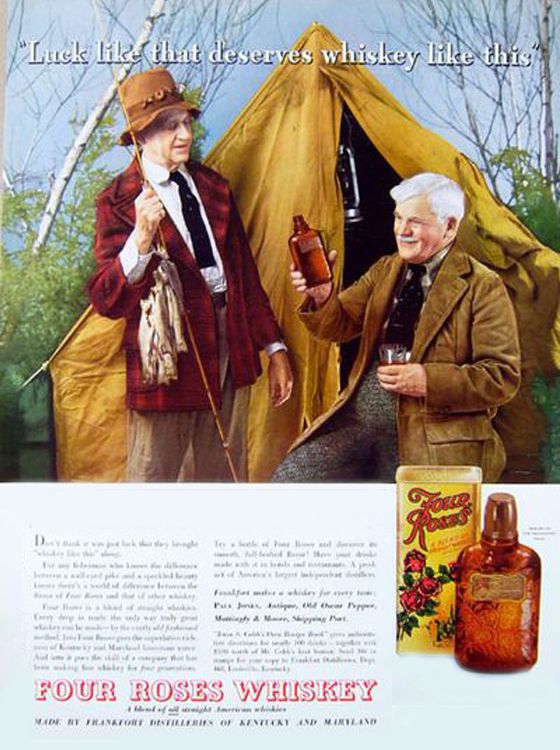 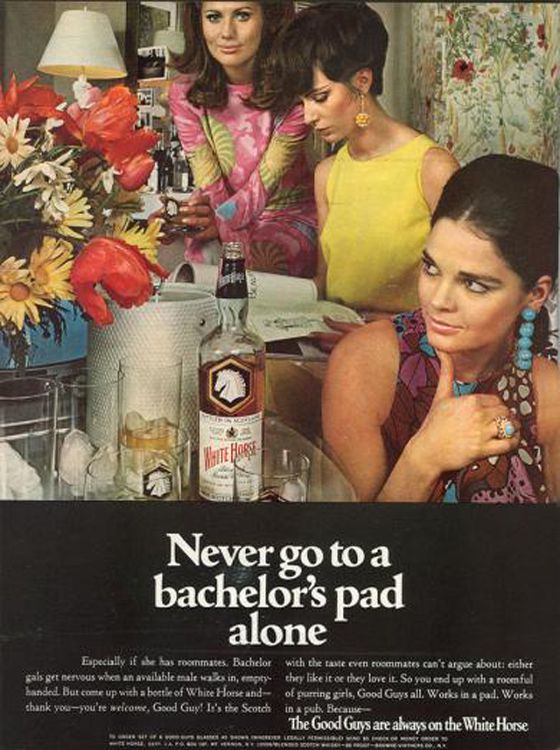 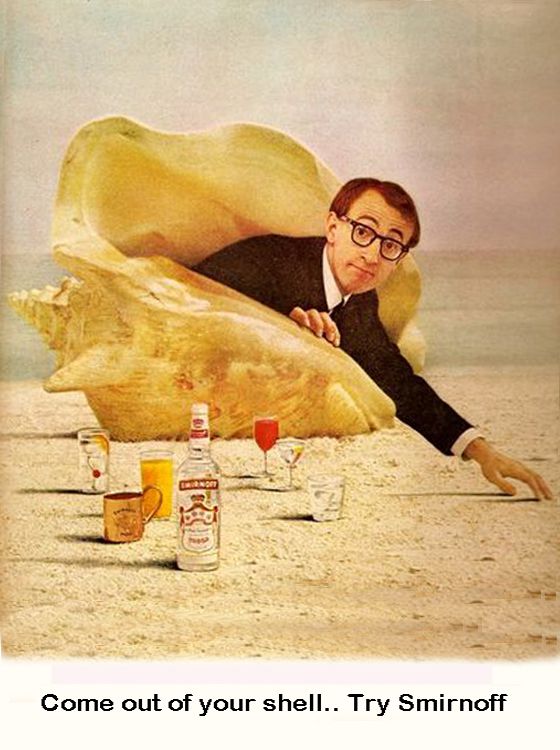 ‘The Brandy from Napoleon’, that’s how Courvoisier, a brand of cognac based in Jarnac, positions itself. It shows a man giving a bottle to the Emperor. A big bottle for a small man..
The following print ad from Chivas shows two women sitting at a table. The woman on the left says “I knew the honeymoon was over, when he stopped ordering me Chivas Regal”. I wouldn’t want to be married to her!
The last one is the best. It’s for Johnnie Walker, showing us an Egyptian mural with one person holding a packaged bottle Johnnie Walker. “For the man who has everything. Red stands out” 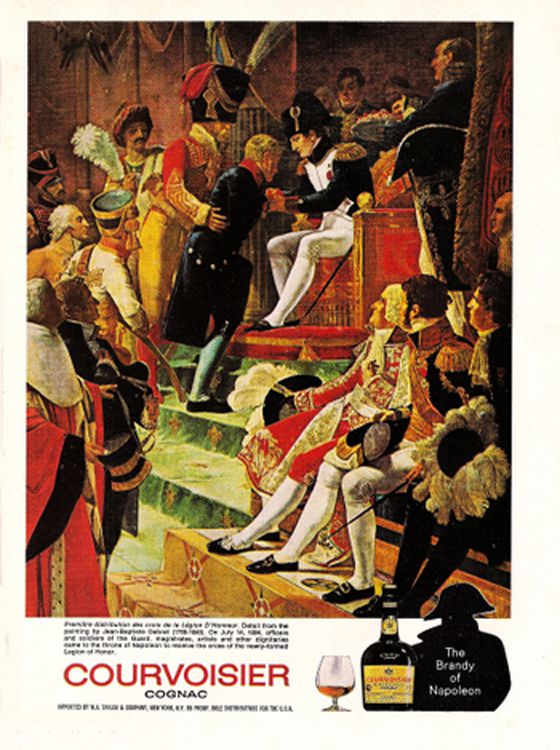 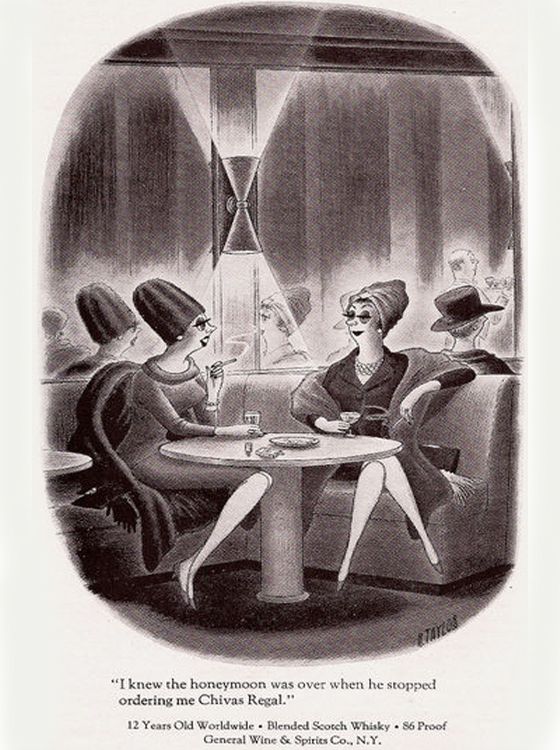 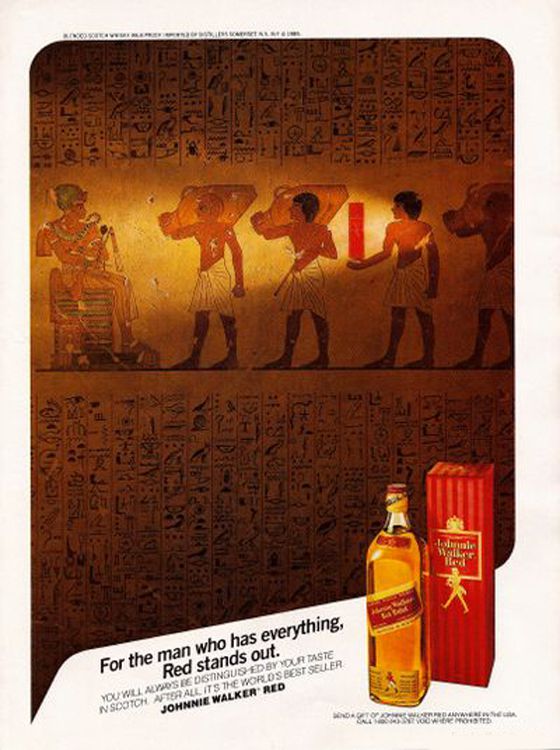 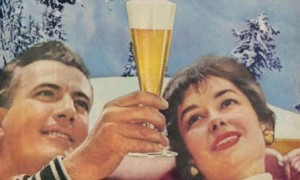