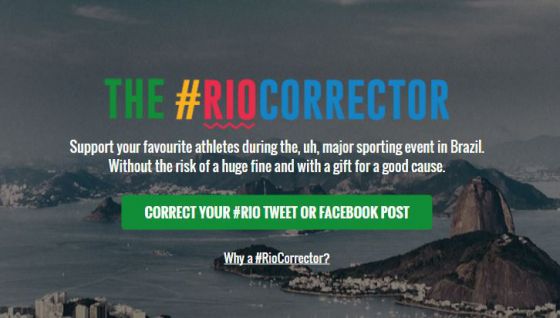 On Saturday, Rio will light the Olympic flame − launching the eagerly anticipated celebration for athletes and sports enthusiasts. It’s just a pity that only the world’s largest brands can really benefit from this quadrennial sports event. The International Olympic Committee has imposed a strict set of rules on Non-Olympic Commercial Partners.

Their Rule 40 (http://goo.gl/6MYQ3K) even lists a number of no-no words that such brands are not allowed to use. Not even if you’ve sponsored (or simply admired) an athlete for years and want to encourage him or her. This commercial censorship also applies to Tweets and Facebook posts − and violations can result in huge fines.

The #RioCorrector circumvents the International Olympic Committee’s censorship. When someone enters their Tweet on the The #RioCorrector site, they will see a sanitised version that they are allowed to send. The site converts no-no words like Olympic, Rio and Gold Medal into a dyslexic version: Olmypic, Roi and Glod Madel.

With a touch of humour, The #RioCorrector takes a stand for open communication. At the same time, users who send a dyslexic Tweet via The #RioCorrector support children with dyslexia by making a donation to SPRANKEL vzw. 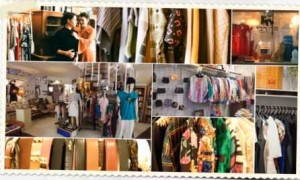 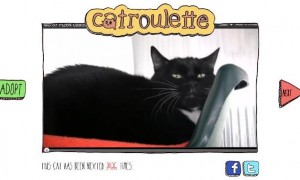