On May 25, 1979, six-year-old Etan Patz disappeared without trace in New York. Exactly four years later, the Day of the Missing Children was launched in the United States. In 1998 it spread around the world to become an international day with dozens of countries participating. It is a day of hope and solidarity for all missing children and their loved ones, wherever they are in the world. This year, the International Day of Missing Children will be organised in Belgium for the 15th time – and it has led to an exceptional initiative.

On May 25, the Royal Mint in Brussels struck a special coin. The €2 coin will depict the face of a missing child: Liam Vanden Branden, who disappeared 20 years ago this month when he was just two years old. As the youngest child that remains missing in Belgium, he is a symbol for all missing children.

The Belgian National Bank will be circulating one million €2 coins as a normal means of payment, just like a regular €2 coin. The intention is that anyone who spends or receives one of these special coins will have the chance to reflect on the fate of all missing children – now and in the future. That is why we call them the Coins of Hope. 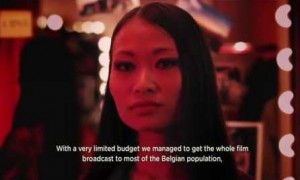